What Job Is That? Coca-Cola Careers You Never Knew Existed

What Job Is That? Coca-Cola Careers You Never Knew Existed

If you had to guess, how many Coca-Cola careers do you think exist? Before you count, do a quick survey of the people in your life and ask them their job titles. No two are likely to be the same, and that goes for jobs at Coca-Cola, too.

From art curator to hydrogeologist, here are some of the incredible positions filled by Coca-Cola staff all over the world.

Imagine if you were tasked with helping create the next big Coca-Cola flavour. It’s actually a pretty regular task for Coral Colyer, scientific and regulatory affairs manager for Coca-Cola South Pacific.

Coral studied at university and gained a Bachelor of Science, Food Technology and a Master of Nutrition and Dietetics before venturing out into the world of work. These days Coral is in charge of creating innovative new flavours in line with Coca-Cola’s goal to reduce sugar in its drinks.

Part of her role involves organising tastings, called ‘sensory evaluations’ once the prototype of a new flavour is created. In the early stages of creating Coca-Cola No Sugar, Coral assisted in running numerous taste trials globally in order to determine exactly what consumers did and didn’t like.

This kind of testing is only part of the process. There are also pilots and trials in a factory environment to see how the prototype behaves, what sort of shelf-life needs to be set and what happens during transportation and warehousing.

Coral’s role is a busy one, and in her most recent interview she showed no signs of slowing down.  “If you look globally, in 2016, we reduced sugar in more than 200 of our products,” she said. “In 2017, our plans are to reduce sugar levels in more than 500 of our products around the world.”

When you look at the Kings Cross sign or a Coca-Cola ad, do you think about them as works of art? Caitlin Bowron, Coke’s in-house art curator does.

Caitlin joined The Coca-Cola Company in 2014 as an intern while completing her Masters of Science in Information Studies degree. She now works in the Fine Arts department in Atlanta, USA, to showcase Coke artwork from the past 130 years.

From curating exhibitions featuring artwork from Andy Warhol to designing the halls of the Atlanta head office, Caitlin’s role is far from average.

“Seeing something new on your floor or finding a piece of art that you really like or that makes you smile, that adds such an important part of the experience at work that I think that no matter where we go there's something irreplaceable about it,” Caitlin said. 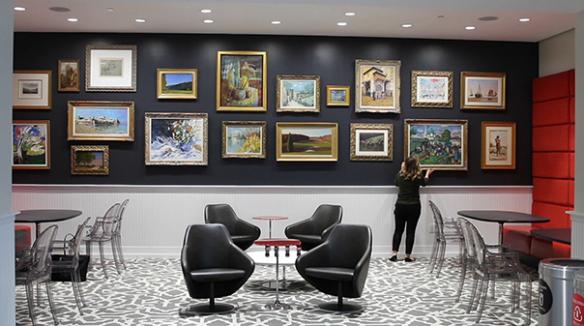 Caitlin has been working in the Fine Arts department - which has been around since 1986 - to showcase some of the Coke artwork that has stood the test of time.

Considering Coca-Cola has been around for over a century, there’s quite a few pieces of memorabilia that need special care. From one of a kind Norman Rockwell paintings to old advertisements, archives manager Justine Fletcher is one of the main protectors of these priceless artefacts.

Whether she’s organising the Coca-Cola Collector’s Fair in London or helping global brand managers find the perfect artefacts for their exhibitions, Justine plays a key role in ensuring the history of Coca-Cola remains intact.

If you were to ask her what one of her most memorable moments working in the archives department are (so far), Justine’s answer would be pretty spectacular. 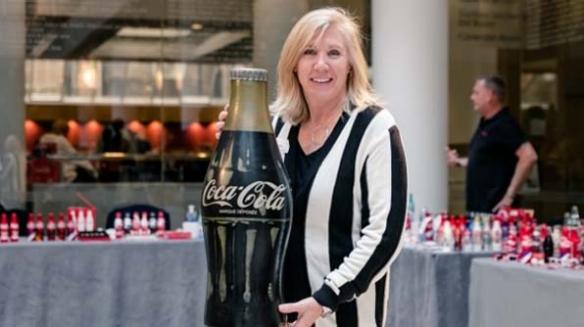 “A lady got in touch recently and said: ‘My grandfather used to work in the Coca-Cola bottling plant in New Orleans,” said Justine.  The woman went on to explain that she didn’t have a photo of her grandfather.

After digging through Coca-Cola’s records, Justine was able to track down an image. “She wrote back to me and said she’d had to run into the toilets and cry because she’d never seen a photo of her grandfather before. Those are the kinds of thing that make my job really special,” Justine said.

Having always preferred the outdoors over a corporate office, Coca-Cola North America’s hydrogeologist John Radtke joined Coca-Cola in 2005 to help locate spring water sources for beverages. Since then, his role has expanded to leading the Company’s water sustainability program and ensuring the earth’s natural resources aren’t being taken for granted.

John has two university degrees, a Bachelor of Science, Geology and Masters of Science, Hydrogeology. He uses all that knowledge plus more than two decades of work experience in his role as Coca-Cola North America’s hydrogeologist.

“Living in the city, we have a tendency to get wrapped up in our immediate environment and we think of nature as something that’s pretty to go visit every now and then. But really, we rely on nature for most aspects of our lives, including clean air, clean water and many other benefits that we take for granted,” John said in an interview.

Through Coca-Cola, he also works in partnership with organisations such as World Wildlife Fund to replenish at-risk water resources, repairing them one step at a time.

“We're Coca-Cola. We know how to make beverages; we don't necessarily know how to restore watersheds,” said John. “We rely on our partners to identify those areas of need, and know what mitigation steps need to be taken to repair them.”

See a job you think you could do? Check out our current job vacancies here.