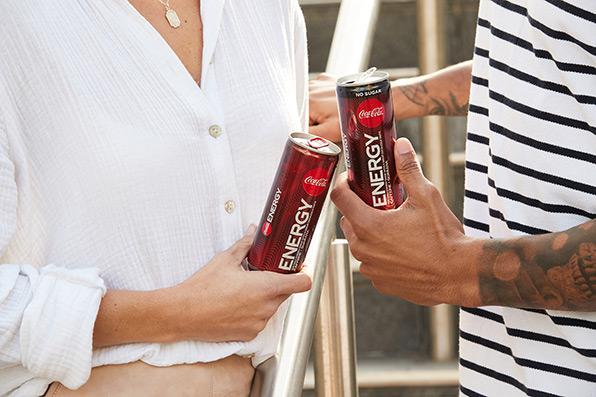 Are you on the go today? Want a little bit of extra kick? Love the great taste of Coca-Cola? Meet Coca-Cola Energy. It’s the first energy drink launched under the Coca-Cola brand, and it’s made for people just like you.

Inspired by the Free Hugs movement, the university student began Free Dance Party last year and has been hosting spontaneous dance parties across Sydney ever since, spreading positivity wherever she goes.

“Humans have become less connected with each other. Free Dance Party is my small attempt to spark more real-life connections and breathe a little life back into the streets. Although dancing can feel a bit awkward or embarrassing at time, it’s just so good for the soul,” Christie said.

“Like Christie, we’re passionate about bringing people together in uplifting and positive ways - so what better way to launch Coca-Cola Energy than by fueling a free dance party on the streets of Sydney for everyone to enjoy,” Lucie said.

Coca-Cola Energy features ingredients including caffeine and guarana, comes in 250ml cans and has a great tasting no sugar option.

It’s our latest example of offering people a wider range of drinks for different lifestyles and occasions, and is aimed specifically for people aged over 18.

“It is an exciting product to be introducing to Australians and we think it will appeal to busy people on-the-go who are looking for an extra energy kick with a great Coca-Cola taste,” Lucie said.