Coca-Cola From Start-Up to Global Enterprise

Coca-Cola From Start-Up to Global Enterprise

No one usually asks interns what they think.

But this summer as a media relations intern I was asked for my take on which business decisions over the last 130 years transformed Coca-Cola from a start-up beverage served in a small Atlanta pharmacy to one of the world’s most recognisable brands.

Want more? Lifting the lid on brand design at Coca-Cola

So I read the book widely regarded as the definitive published history of The Coca-Cola Company Fredrick Allen’s Secret Formula.

To ensure Coca-Cola was affordable and available everywhere the company’s earliest leaders held the price of a Coke to five cents for more than 50 years.

This steady price contributed to increasing consumer demand for the product, which in turn caused bottlers to buy more syrup to produce the product.

1894: Invention of the Sample Coupon

In 1894 Coca-Cola’s existence was unknown to many consumers outside the south-eastern United States. Giving product away was a novel notion in the late 19th Century and it worked. Free samples caught the public’s attention and gave Coca-Cola momentum.

From 1894 to 1913 more than 8.5 million sample coupons were redeemed for a free Coca-Cola. By this time one in every nine Americans had tried Coca-Cola.

In 1899 the bottling rights for Coca-Cola were sold by then company owner Asa Candler – a businessman who went on to become mayor of Atlanta, Georgia, where the company is headquartered, from 1916-1919 – for $1, forming what today is known as the Coca-Cola system. 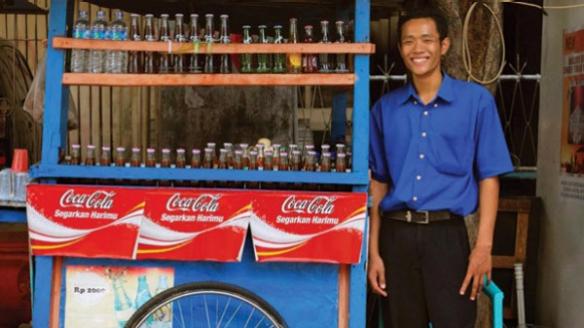 The Coca-Cola System has extended the company’s reach to more than 200 countries around the world.

A franchise partnership between The Coca-Cola Company and more than 250 bottlers worldwide, this system has extended Coca-Cola’s reach far beyond what Candler ever imagined now with sales in more than 200 countries.

To confront imitation products Coca-Cola challenged glass companies to create a new bottle design that was so distinct it could still be recognised easily when broken on the ground or by touch in the dark.

Inspired by the shape of the cocoa pod, the Root Glass Company created what is now known as the contour bottle to distinguish Coke from its peers, a design now more than 100 years old.

During World War II, a group of employees known as “Technical Observers” were dispatched with the United States Army to set up, supervise and monitor the operations of bottling units that would distribute Coca-Cola to US troops abroad. 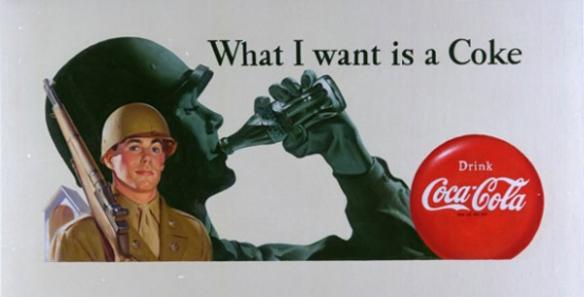 It was a simple act that would go on to establish Coke as a global corporation by introducing the product to countries around the world.

The purchase of The Minute Maid Corporation in 1960 marked the company’s first venture outside of carbonated beverages. This investment was a key step for Coca‑Cola expanding and diversifying its portfolio in the years to follow.

Since then, The Coca-Cola Company has grown to offer more than 3800 drinks across a wide range of categories.

In the late 1970s Coca-Cola began developing a new drink that would reignite cola sales and satisfy an increasing consumer appetite for low-calorie drinks. In 1982 to great fanfare the company introduced Diet Coke as the first extension of the Coca-Cola trademark. 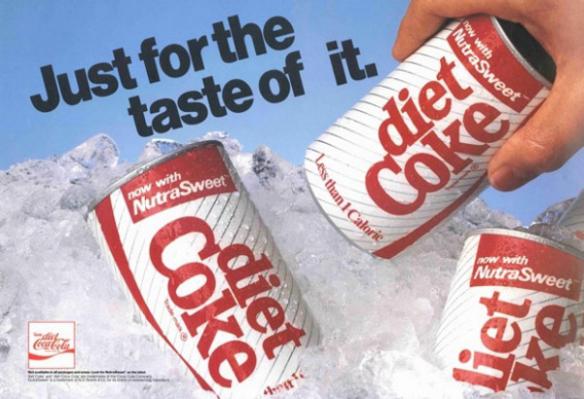 In 1982, to great fanfare, the company introduced Diet Coke as the first extension of the Coca-Cola trademark, a move that reignited sales.

It was a move that would prompt the company to take risks by introducing unique new drinks to meet consumers’ changing needs in the years to come.

In an attempt to revitalise the cola market in 1985, The Coca-Cola Company made the first formula change to Coca-Cola in 99 years. 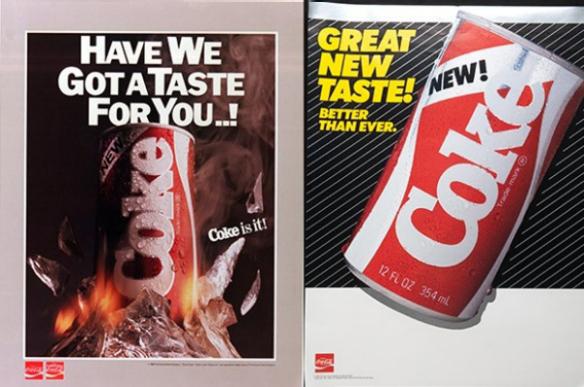 Although the introduction of New Coke was initially deemed the business blunder of the century, some analysts considered it an accidental stroke of marketing genius.

Initially deemed the business blunder of the century, the change in formula soon came to be considered an accidental stroke of marketing genius when an emotional connection was discovered between the Coca-Cola brand and its consumers.

In the late 1990s a transformation from sparkling beverage company to “total beverage company” was on the cards with several early product launches quickly capturing the growing consumer market for non-carbonated drinks.

Now and into the Future: Keeping Up with Consumer Trends

As consumers continue to demand new and exciting beverage choices around the world, the company is finding new ways to tap into growing trends by taking ownership positions in fast-growing beverage brands.

All the while the company continues to develop it sparkling beverage options, including continued growth of its original and most loved brand Coca-Cola.

Want more history delivered straight to your inbox? Keep me in the know.