The Secret History of Australia’s Love Affair with Coffee

The Secret History of Australia’s Love Affair with Coffee

Aussies love coffee. We’re on the forefront when it comes to developing new ways to perfectly brew and consume it. But what makes Australian coffee culture unique, and when exactly did we get so obsessed?

Almost half of all Australians drink coffee. Just over 1.1 million enjoy an ‘iced’ variety of coffee in the average week, which is why we launched dairy brand Barista Bros.

In many ways, the history of coffee in Australia is a mirror of our own modern history.

The discovery of coffee in Ethiopia

The history of coffee dates back to the Kingdom of Sheba, now modern Ethiopia and Yemen. It appears in written history in the sixteenth century but was likely being used long before then.

Popular legends describe animals like birds or goats eating berries and becoming energetic, and people then trying the berries and feeling the same way.

1788: The first recorded coffee in Australia arrived with the First Fleet.

The fleet collected seeds and plants during a stop in Rio de Janeiro. The seedlings were planted at Government House, but like many introduced crops, they failed to thrive.

Coffee was imported and expensive and often cut with chicory or other ingredients to make it go further. According to historian Dr Jillian Adams even as late as 1939 Ernest Singer wrote in The Australian Grocer that coffee could be prepared by ‘boiling’ it with milk and mustard; eggs shells or even dynamite.

1930: Migrants from Europe changed the way coffee was consumed. 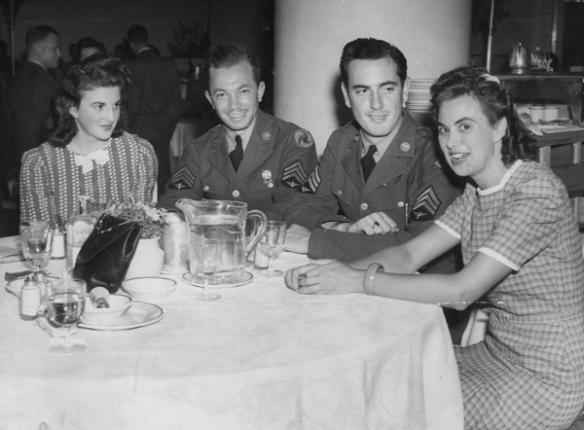 Sydney café owner Vincent Capozzi sees a lot of evidence of an Italian and Greek migrant influence on Australian coffee culture, especially in the modern cafes with migrant roots.

“Those were and still are the cafes that are thriving,” said Vincent. “The generations of those immigrants are still keeping up with each other and challenging each other to build bigger cafes, the best machinery and service. It’s something that’s been handed down.”

He’s worked in every aspect of the industry from delivery driver to barista to coffee roaster. “It’s in my blood. My love of coffee definitely comes from my heritage,” said Vincent.

“It’s meeting a friend or going with your mum to the coffee shop before you start your day. Drinking it, serving it, coffee just gives you so much satisfaction and people are happy when they’re drinking coffee,” he said.

1942: By the time American servicemen arrived in World War II, Australia was ready for its coffee revolution. 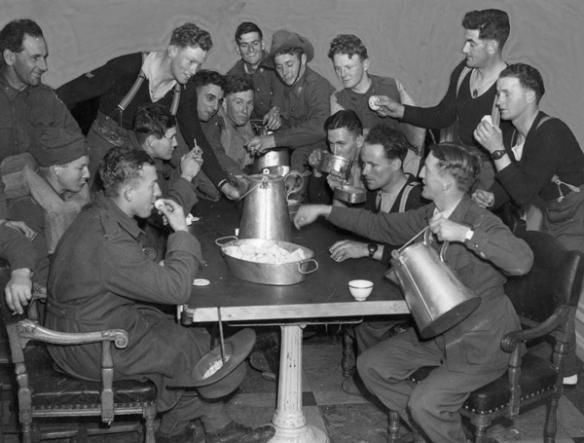 Members of the A.I.F. on board troopship, 1940, Argus Newspaper Collection of Photographs, State Library Victoria

“Australia’s population was seven million, and one million American servicemen passed through or stayed in Australia during the war,” said historian Dr Jillian Adams.

“They drank coffee and Australia had to roast and grind it for them. The servicemen were welcomed into Australian homes and newspapers of the time published articles on how to make coffee for them,” Jillian said.

With heavy tea rations during and long after the war Australians could find delight in coffee instead. “After they left our coffee consumption stayed high,” she said.

Today: Coffee of the future.

Vincent is excited about the future of coffee in Australia. “There’s so much new technology. There’s new coffee machines, there’s new equipment and grinders. Things just keep popping up from year to year. Coffee’s a big important movement and it’s not going anywhere, that’s for sure.”

As a nation of serious coffee drinkers, Australia’s coffee industry and unique cafe culture will continue to surprise and delight as we find new ways to appreciate the timeless beverage.

Want to know more about ingredients and nutritional information? Find out here.