The legacy of Sprite and the colour green

The legacy of Sprite and the colour green 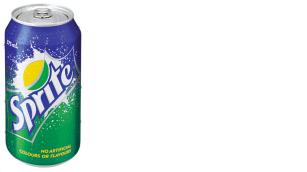 Wearing the colour for more than 50 years globally, you could say that for Sprite - it’s pretty easy being green.

Similar to the connections Coca-Cola and Fanta have to red and orange, respectively, Sprite has “owned” green since its 1961 debut in the USA. Green has served as the primary colour for Sprite in its advertising, packaging, merchandising and more.

In fact, its status among the world’s most recognised brands can largely be attributed to its signature green Dimple Bottle. The bottle’s defining shape and signature make it one of the most unique and eye-catching, as well as proprietary, packages in the market. By continuing to showcase green on everything from in-store merchandising, to vending machines, to packaging and advertising, Sprite continues to build what design gurus call ‘brand equity’ and surprise and delight fans around the world.

Colour of the Year

Green is also a popular colour over time, hitting heights as Pantone’s colour of the year three times since 2007. “The most abundant hue in nature, the human eye sees more green than any other colour in the spectrum,” said Leatrice Eiseman, executive director of the Pantone Color Institute.

Back in the 1960s, designers and engineers at The Coca-Cola Company delved into volumes of research before landing on the design standards for Sprite.

After taking into consideration package specifications, brand image and target consumer, the Coke art department created green-centric labels, carton designs and advertising for the brand. Dozens of designs were considered for the green Sprite bottle, which was carefully designed with the same quality specifications applied to the iconic Coca-Cola Contour Bottle.

Jumping Off the Shelves

In 1967, as Sprite continued to gain momentum in the market and was available to 85 percent of the U.S. population – as well as consumers in 38 other countries – the brand team hired a New York design firm to create new carton and label designs for a packaging re-launch. Their goal? To communicate the freshness of Sprite and help the brand stand out on the shelf with an attention-grabbing look.

The new packaging hit the market the following year. The Coca-Cola Bottler magazine described it as “a study in contrasting shades of green,” and predicted the designs would “lift Sprite right out of the crowd like never before.”

And that they did. Sprite is now our second-largest brand globally and in 2019 joined our family of No Sugar drinks in Australia.