How Diet Coke Has Captured Hearts for Three Decades

How Diet Coke Has Captured Hearts for Three Decades 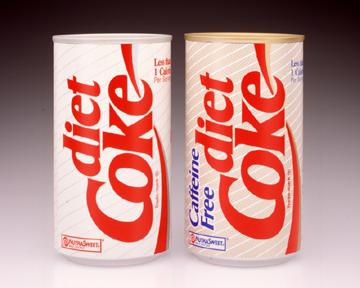 Celebrating its thirtieth anniversary this year is an enduring icon from 1983: Diet Coke.

How Diet Coke Came to Be

In the early eighties the worldwide drinks market was discovering low-kilojoule soft drinks.

Colas accounted for 60 per cent of all soft drink sales in the U.S., and diet versions were growing three times faster than the rest of the category. Competition was fierce, and The Coca-Cola Company was working on a new launch.

“We needed a big idea to come out of one of the toughest decades we’d ever seen,” former Coca-Cola manager Jack Carew explained. “This was a difficult decision because there were two big risks.”

“If Diet Coke turned out to be a disappointment [in the market], the company would seriously complicate its future. Second, if senior leadership said no to Diet Coke, then we likely would have lost competitive position.”

The name itself came from simple logic: Diet Coke was the easiest way to demonstrate the new brand’s promise.

“It just seemed like the logical answer,” said John Farrell, part of the original Diet Coke project team. “The equity of Coca-Cola promised taste, and ‘diet’ told you it didn’t have sugar.”

With the name decided, the next step was deciding how to market Diet Coke to consumers. Steve Norcia, a former executive at the McCann Erickson ad agency, was briefed to create an ad campaign.

“We positioned it as a great-tasting soft drink that happens be low calorie, rather than as a diet drink that tastes great,” Norcia explained. “We thought this would broaden its appeal as the first diet soft drink to emphasise sheer pleasure and great taste – not just part of a diet regimen.”

According to Farrell, the resulting “Just for the Taste of It” tagline “communicated everything anyone needed to know about the product.” This vision drove the launch team’s decision-making on everything from packaging graphics, to in-store merchandising, to billboards.

The Face of the Brand

Diet Coke existed only on paper for months, but mock-ups of the initial packaging graphics gave the brand a visual identity. The team built a makeshift grocery aisle to see how the designs would look on the shelf alongside other brands. Paper graphics were taped to empty cans. The winning design included bold red letters against a white background with diagonal pinstripes revealing the shiny silver aluminum.

A Global Brand is Born

Following the successful launch in the U.S., Diet Coke was launched in other markets including Australia in 1983, and quickly grew into the icon we’ve known and loved for three decades.