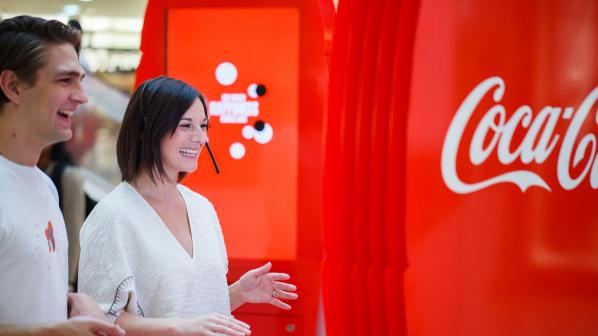 For over 100 years the Coca-Cola Contour Bottle has brought happiness into people’s hands.

So, what do you give a 100-year-old as a birthday gift? Certainly not a makeover. Especially since its iconic beauty, which has stood the test of time, is loved all over the world.

Happiness in a Bottle

Instead, Coca-Cola Australia, took the concept of happiness ― merged it with modern technology, a love for great design and art, together with a growing community appetite for sustainability ― to the people.

The first using the latest motion capture technology. The second, a throwback to the old sign writing era, before digital print technology took over. 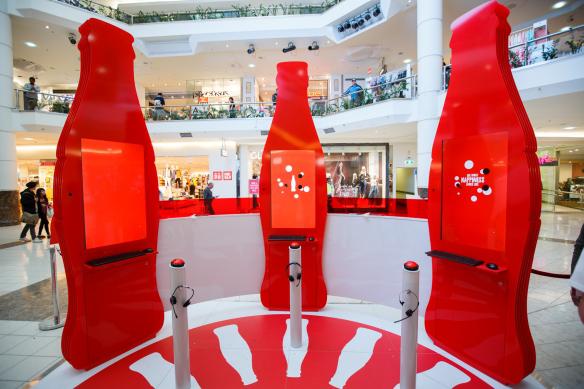 Brand manager Amy Byrne explains, “We developed software that captures the data of each person’s unique smile and laughter. The computer performs an algorithm to convert the weird and wonderful sound pitches in your laugh and the movement of your smile into a 2D image. We then print that onto an environmentally sustainable T-shirt ― each one made using three recycled PET bottles.

“The image, in effect represents your happiness at that moment in time. The more you laugh in front of the giant Contour Bottle screen and the bigger your smile, the bigger the image splashed across your T-shirt.”

You can also participate with your home computer screen, if you allow access to the camera and microphone.

Artists who worked on the Coke Contour mural included: 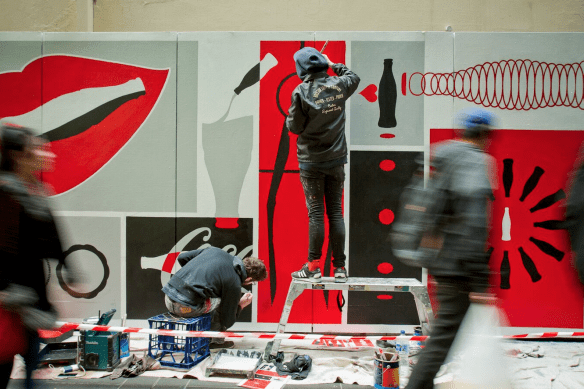 Melbourne, the acknowledged heartland of Australian street art, proved an ideal venue to engage with locals and tourists according to McBride.

“During the installation you get people taking photos and posting them on Instagram. The campaign lives online long after the actual artwork has been replaced,” he said.

McBride said that passers-by reacted strongly to the human element involved in the campaign. Unlike digital advertising campaigns, or traditional billboard advertising, where the creative process is hidden, street art projects involving artists working over a period of days, directly engage the community, and have an authentic sensibility that is hard to replicate with other mediums.

“People like to see people painting the artwork. There’s an engagement that you don’t really get with a billboard, which can be up in half an hour. If you have six artists working for a week, people stop and interact, and watch what’s going on,” said McBride. 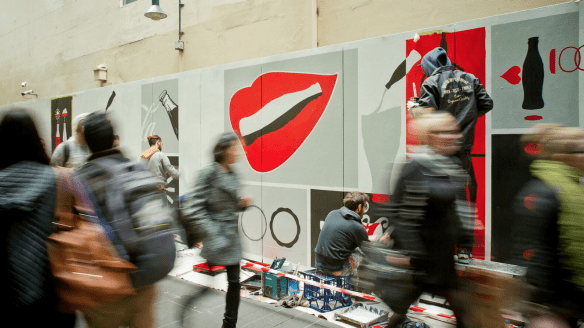 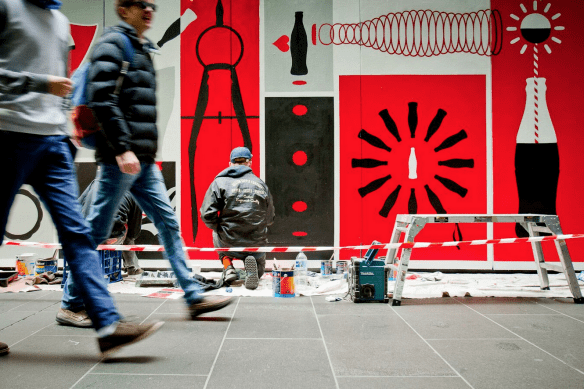