The Facts about Caffeine and Soft Drinks

The Facts about Caffeine and Soft Drinks 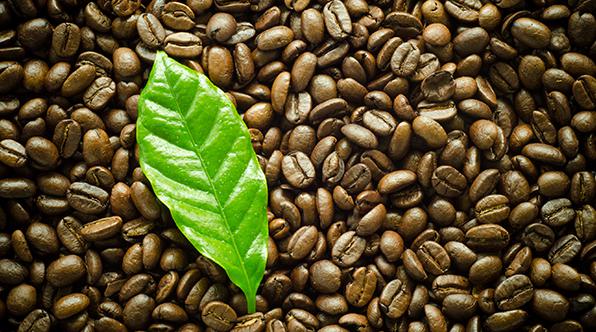 Whether we’ve cultivated the tea-leaf, picked the coffee bean or cracked open a cacao-nut, we've been consuming caffeine for many hundreds of years.

Yet despite our familiarity with this stimulating and flavour-giving substance, caffeine is still regularly misunderstood.
Jim Moshovelis, Coca-Cola South Pacific’s Scientific and Regulatory Affairs Manager, is an expert on the matter of caffeine. He ensures all the company’s products comply with strict regulations. So we put some of your most frequently asked questions to him.

1. WHAT EXACTLY IS CAFFEINE?

Caffeine is a substance you find in many foods and beverages, from tea, coffee, chocolate or cocoa. It’s found naturally in coffee beans and tea plants. It’s a substance that provides stimulant properties, but it also has flavour properties as well.

2. WHAT KIND OF EFFECT DOES CAFFEINE HAVE ON THE BODY?

It depends on how much caffeine you have. If you’re having caffeine in an energy drink for example, it provides a stimulant effect, it gives you energy. At lower levels, as it’s typically used in soft drinks, it has less of a stimulant effect and is used mainly for its taste profile. It forms part of the overall complex flavour profile of a product.

3. WHAT EXACTLY DOES CAFFEINE DO THE FLAVOUR PROFILE OF A SOFT DRINK?

Caffeine actually has a bitter taste to it, so it really depends on the overall flavour of a drink. It complements sweeteners we use in a beverage. In cola products, for example, that bitterness is actually used as part of the taste, partly to counter the sweetness, and partly because it adds to the unique cola taste.

4. IS THAT THE ONLY REASON CAFFEINE IS USED IN SOFT DRINKS? 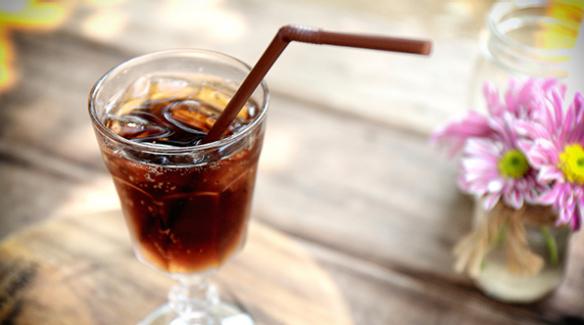 That’s the reason we use caffeine in soft drinks; to enhance its flavour.

5. HOW MUCH CAFFEINE IS IN A CAN OF COCA-COLA?

The maximum amount you’re allowed to put into a soft drink by Food Standards Australian and New Zealand is 14.5mg per 100ml. In something like Coca-Cola, you’ve got 9.7mg per 100ml.

That’s correct. People are often surprised to discover there is less caffeine in Coca-Cola than the equivalent-size serving of instant coffee or tea.
Instant coffee, for example, has about 31mg per 100ml, or roughly around 80mg per 250ml in a cup of coffee. Tea is in between, at about 40-50mg per 250ml. They’ll vary. A cappuccino, for example, will have around 160mg of caffeine in it.

In comparison, a 250ml can of Coke contains approximately 25mg of caffeine.

To see which of our drinks contain caffeine and which are caffeine-free, check out the Nutrition Comparison tool.

7. HOW MUCH CAFFEINE SHOULD A PERSON BE CONSUMING IN A SINGLE DAY?

There is no recognised health-based guidance such as an Acceptable Daily Intake when it comes to caffeine. However Food Standards Australia New Zealand recommend adults consume no more than 400mg of caffeine per day (from all sources in the diet). This recommendation drops to no more than 200mg caffeine per day for pregnant and breastfeeding women. It’s also important to note that everyone is different and some can be more sensitive to caffeine than others. For more information, visit foodstandards.gov.au

8. IS CAFFEINE ADDICTIVE? IS IT SOMETHING PEOPLE GO BACK TO COMPULSIVELY?

Addiction is a harsh term. When it comes to food and beverages, what people are usually saying when they’re addicted to something is that they like it. They like the taste of it. And something we find is that people go to the product they like the most taste-wise, above everything else. Whether it contains caffeine or not, in my opinion, is irrelevant. Taste is the more important factor.

9. PEOPLE WHO DRINK COFFEE REGULARLY HAVE WITHDRAWALS IF THEY STOP DRINKING IT SUDDENLY, THOUGH, RIGHT? 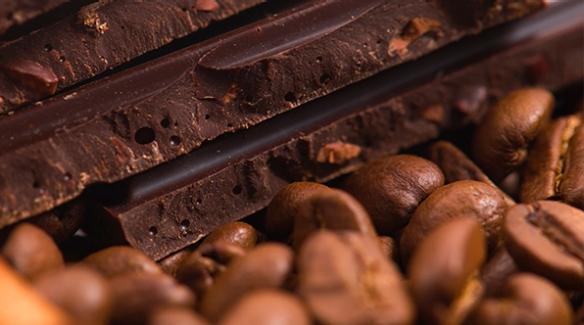 It depends on how much you’re drinking. Those people tend to be drinking multiple cups of coffee, or they might be more sensitive to caffeine.

10. IS REGULATION OF CAFFEINE A POTENTIAL WAY TO HELP ENCOURAGE PEOPLE TO CONSUME LESS?

Well, caffeine is actually regulated at the moment. There’s a limit you can put into your soft drinks or to your energy drinks. They’re the only categories that are actually regulated. In all other foods, like chocolate or flavoured milk, you can add other sources of caffeine as you like.

11. IS THERE A LOT OF TESTING TO ENSURE THAT ALL COCA-COLA PRODUCTS ARE COMPLYING WITH REGULATORY STANDARDS?

Yes, we do test our products, and we do test for caffeine levels. We have a number of programs, testing on-site during manufacture, and we also do random sampling of products that are out in the marketplace.