The Making of 'I'd Like to Buy the World a Coke'

The Making of 'I'd Like to Buy the World a Coke'

The heavy fog in London forced the plane to land in Shannon, Ireland. Passengers had to remain near the airport in case the fog lifted. Some of them were furious about their accommodations. By the next day, Backer saw some of the most irate passengers in the airport cafe. Brought together by a common experience, many were now laughing and sharing stories over snacks and bottles of Coca-Cola. Backer wrote of the scene:

"In that moment [I] saw a bottle of Coke in a whole new light... [I] began to see a bottle of Coca-Cola as more than a drink that refreshed a hundred million people a day in almost every corner of the globe. So [I] began to see the familiar words, 'Let's have a Coke,' as more than an invitation to pause for refreshment. They were actually a subtle way of saying, 'Let's keep each other company for a little while.' And [I] knew they were being said all over the world as [I] sat there in Ireland. So that was the basic idea: to see Coke not as it was originally designed to be -- a liquid refresher -- but as a tiny bit of commonality between all peoples, a universally liked formula that would help to keep them company for a few minutes."

When he finally arrived in London, Backer told Billy Davis and Roger Cook what he had seen in the airport café. After he expressed his thoughts about buying everybody in the world a Coke, Backer noticed that Davis's initial reaction was not at all what he'd expected and asked him, "Billy, do you have a problem with this idea?"

Davis slowly revealed his problem. "Well, if I could do something for everybody in the world, it would not be to buy them a Coke."

Backer responded, "What would you do?"

"I'd buy everyone a home first and share with them in peace and love," Davis said.

Backer said, "Okay, that sounds good. Let's write that and I'll show you how Coke fits right into the concept." 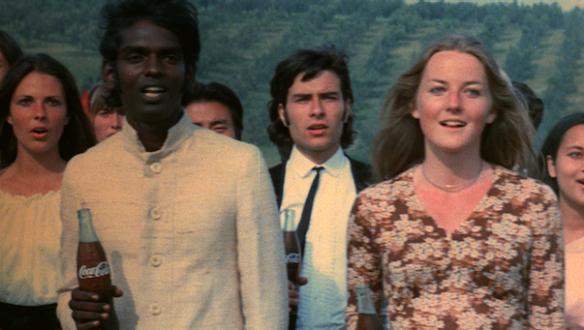 The 'Hilltop' commercial, which includes the iconic jingle 'I'd Like to Buy the World a Coke', premiered in 1971.

Getting the Message and the Music Right

A chord structure and the beginnings of the melody for the song had been written and recorded on a cassette tape, played on a ukulele, the previous year by Roger Greenway and Roger Cook. While waiting for Backer to arrive from Ireland, Billy Davis and Greenway had begun to develop ideas for radio jingles. Greenway pulled out the tape he and Cook had worked on and played a variety of melodies for Davis. 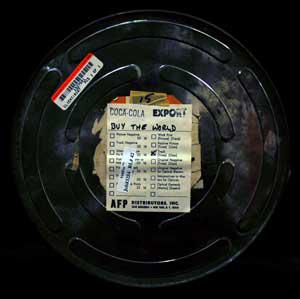 Davis loved one of the melodies and he and Greenway expanded on the melody, added a bridge and wrote a jingle called "Mom, True Love, and Apple Pie." When Backer finally arrived in London, Davis and Cook played the material they had been working on for him. Backer loved the melody for "Mom, True Love, and Apple Pie," and suggested using it for what later became "I'd Like to Buy the World a Coke."

The four song writers were all accomplished in their craft. Backer had written the Coca-Cola jingle "Things Go Better with Coke" as well as the jingle for "The Real Thing" Coke campaign. Davis, Cook and Greenaway were songwriters on many hits of the 1960s. Davis wrote Jackie Wilson's "Reet Petite" and "Lonely Teardrops," and Cook and Greenaway wrote pop standards including "Long Cool Woman (In A Black Dress)" and "You've Got Your Troubles and I've Got Mine."

Working through the night, they crafted the song and, within a few days, Davis produced "I'd Like to Buy the World a Coke" along with two other commercials he wrote with Backer, Cook and Greenaway for The New Seekers. On Feb. 12, 1971, "I'd Like to Buy the World a Coke" was shipped to radio stations around America. While some of the feedback from the Coca-Cola bottlers was not encouraging, many of Billy Davis's DJ friends from his record business career began to call him. They were saying things like, "I'm getting requests to play your commercial like it was a hit record" and "You should record it as a record."

Backer put his creative team to work to come up with a visual concept for "I'd Like to Buy the World a Coke." Out of the many creative ideas, the one that stood out was the one called "The First United Chorus of the World" created by art director Harvey Gabor. This concept featured young people all around the world singing together on a hillside. Backer presented the storyboards to The Coca-Cola Company and Coke advertising manager Ike Herbert approved more than $100,000 to film it. 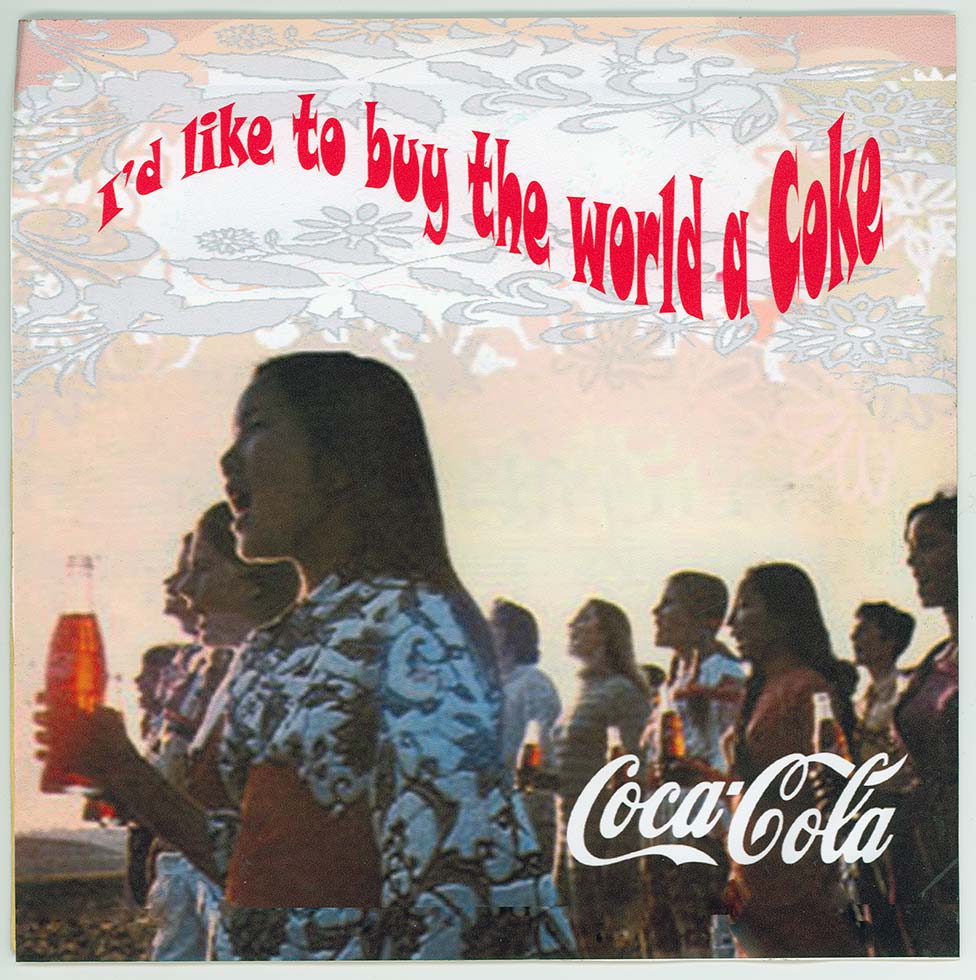 Phil Messina, the agency's producer, planned the filming of Gabor's visual concept on the cliffs of Dover. Hundreds of British schoolchildren and 65 principals were cast to lip-sync the song. Three days of continuous rain scrubbed the shoot. The crew moved to Rome.

New young people were cast and taught by Davis to lip-sync the song. The opening shot of the commercial had to have that "right" face, which was filled by a young lady on vacation in Rome from Mauritius.

The production was delayed by more rain. Finally, late in the day, the crew completed the climactic helicopter shot. The next day revealed that the young people looked as though they had really been in a rainstorm. The film was unusable, the budget was spent and the young people were released to go on their way.

Because of Bill Backer's confidence in the hillside concept, Sid McAlister, the account supervisor on the Coke account, went to bat on another budget to re-shoot the spot, and McCann Erickson tried again. The new budget eventually topped $250,000, a staggering amount in that era. 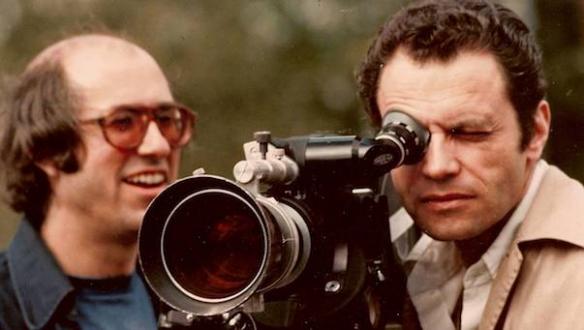 Five hundred young people were hired for the chorus from embassies and schools in Rome. This was a substantial reduction from the original rained-out chorus. A British governess Davis and Gabor found pushing a baby carriage in the Piazza Navona was hired for the lead female role. The Italian film company Roma Film filmed the commercial and this time the weather cooperated. Close-ups of the young "leads" were actually filmed at a racetrack in Rome, separate from the larger chorus shots. Some of the distinctive camera angles were forced on the crew as they tried to avoid power and telephone lines.

"I'd Like to Buy the World a Coke" was released in the U.S. in July 1971 and immediately struck a responsive chord. The Coca-Cola Company and its bottlers received more than 100,000 letters about the commercial. Many listeners called radio stations begging to hear it. 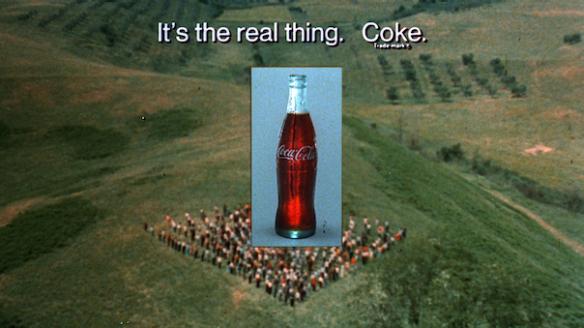 A New Pop Version Is Recorded

Billy Davis wanted to produce a record version of the commercial with the New Seekers, but the group's manager claimed they didn't have time in their schedule to do so. Davis allowed a group of studio singers to record the new song lyric to "I'd Like to Buy the World a Coke." They called themselves "The Hillside Singers" in order to identify with the TV image. Within two weeks of the release of the Hillside Singers recording, it was on the national charts. Two weeks after that, Davis was able to convince the New Seekers to find the time and record their version of "I'd Like to Teach the World to Sing (in Perfect Harmony)," the new title for the song version of "I'd Like to Buy the World a Coke."

He took them to the studio on a Sunday and produced the record which became the Top 10 hit, followed by the Hillside Singers' version as No. 13 on the pop charts. The song was recorded in a wide range of languages and sold more sheet music than any song in the previous 10 years.

The Coca-Cola Company donated the first $80,000 in royalties earned from the song by writers and publishers to UNICEF under an agreement with the writers.

"I'd Like to Buy the World a Coke" has had a lasting connection with the public. The commercial has consistently been voted one of the best of all time and the sheet music continues to sell today. The song version is being sung in school glee clubs and church choirs and played by high school bands all over the world. Thirty years after Bill Backer was stranded by fog, Coca-Cola is still more than a beverage. It is a common connection between the people of the world.

Watch the interview with co-creator Bill Backer below about "I'd Like to Buy the World a Coke."

(Chorus 2)
What the world wants today
Is the real thing

2. The Pop Song Version:  I'd Like to Teach the World to Sing (In Perfect Harmony)