The Great Barrier Reef is the largest reef system on Earth. With a place on the World Heritage list it’s also one of Australia’s most popular sites for tourists and locals alike, but its current state of health is a global concern.

Climate change and water pollution have greatly affected the health of the reef in recent years, leading to many environmental efforts being made to counteract these threats.

One of these efforts is Project Catalyst, a joint collaboration between The Coca-Cola Foundation, sugarcane farmers, WWF Australia, natural resource management bodies and the Federal Government which aims to reduce the agricultural runoff impacting the reef.

The project began in 2009 with just 19 farmers who were determined to make a difference.

Since then Project Catalyst has grown to include more than 130 farmers, who through their own innovation have improved the quality of 150 billion litres of water flowing into the reef and reduced runoff by 180 tonnes per year.

In the ten years that Project Catalyst has been operating, The Coca-Cola Foundation has contributed an estimated $6.5 million to the project. 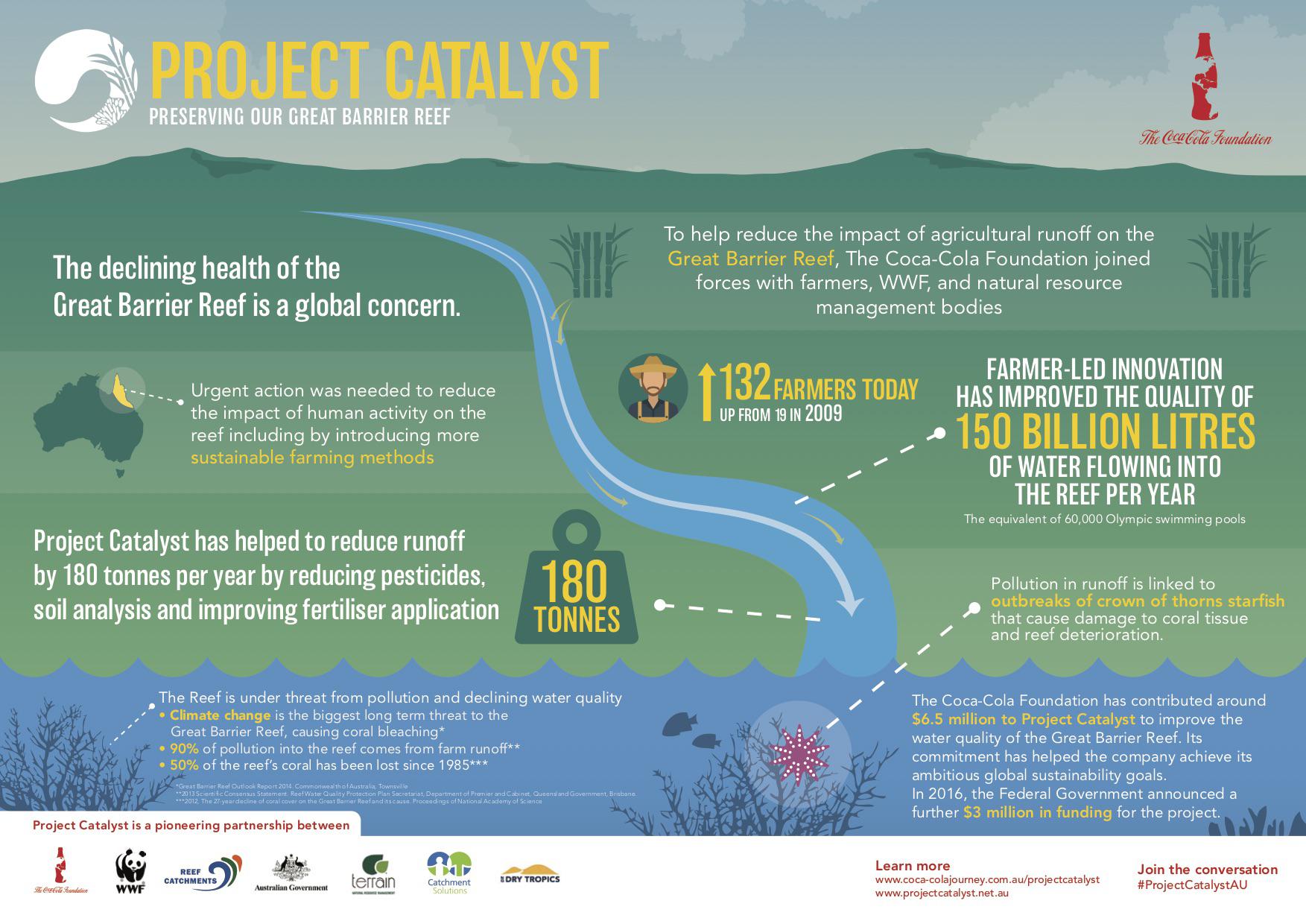