New in 2022: Taste and Design Innovations Include Coca-Cola with Coffee Mocha and Refreshed Packaging for Coca-Cola Flavors

New in 2022: Taste and Design Innovations Include Coca-Cola with Coffee Mocha and Refreshed Packaging for Coca-Cola Flavors

Coca-Cola is kicking off the year with two exciting updates across brands – introducing a new option to its popular Coca-Cola® with Coffee portfolio, and debuting a new look for its Coca-Cola® Flavors lineup.

Coca-Cola is kicking off the year with two exciting updates across brands – introducing a new option to its popular Coca-Cola® with Coffee portfolio, and debuting a new look for its Coca-Cola® Flavors lineup.

Coca‑Cola with Coffee® Mocha hits shelves next month, joining the already available Dark Blend, Vanilla, Caramel and Vanilla Zero Sugar in the ready-to-drink (RTD) coffee aisle. Since launching in January 2021, the hybrid innovation has given consumers a refreshing reset to their daily routines with a pioneering proposition that “sips like a Coke and finishes like a coffee.”

“We set out to grow occasions for the Coke brand during the mid-afternoon lull when we want a pick-me-up,” said Brandan Strickland, brand director, Coca‑Cola Trademark. “Because we know that while there’s nothing better than a 3 p.m. ice-cold Coke, we are competing with coffee during these break moments. We believe Coca‑Cola with Coffee is the perfect choice for those who want the uplifting and refreshing taste of a Coke with the familiar flavor of coffee. The best of both worlds.”

Describing Coca‑Cola with Coffee as a drink that’s “meant to be tried,” Strickland said 88% of consumers who have purchased the product say they will buy it again.

Vanilla has been the top-selling Coca‑Cola with Coffee SKU to date, revealing consumers’ desires for indulgent flavors. “As we thought about how to optimize our current offering and give consumers even more of what they want, Mocha emerged as a no-brainer,” Strickland said. “It’s the No. 1 flavor in the RTD coffee category, and we’re confident the amazing formula we’ve developed will be a home run with existing fans of the brand as well as those who have not yet given it a try.” 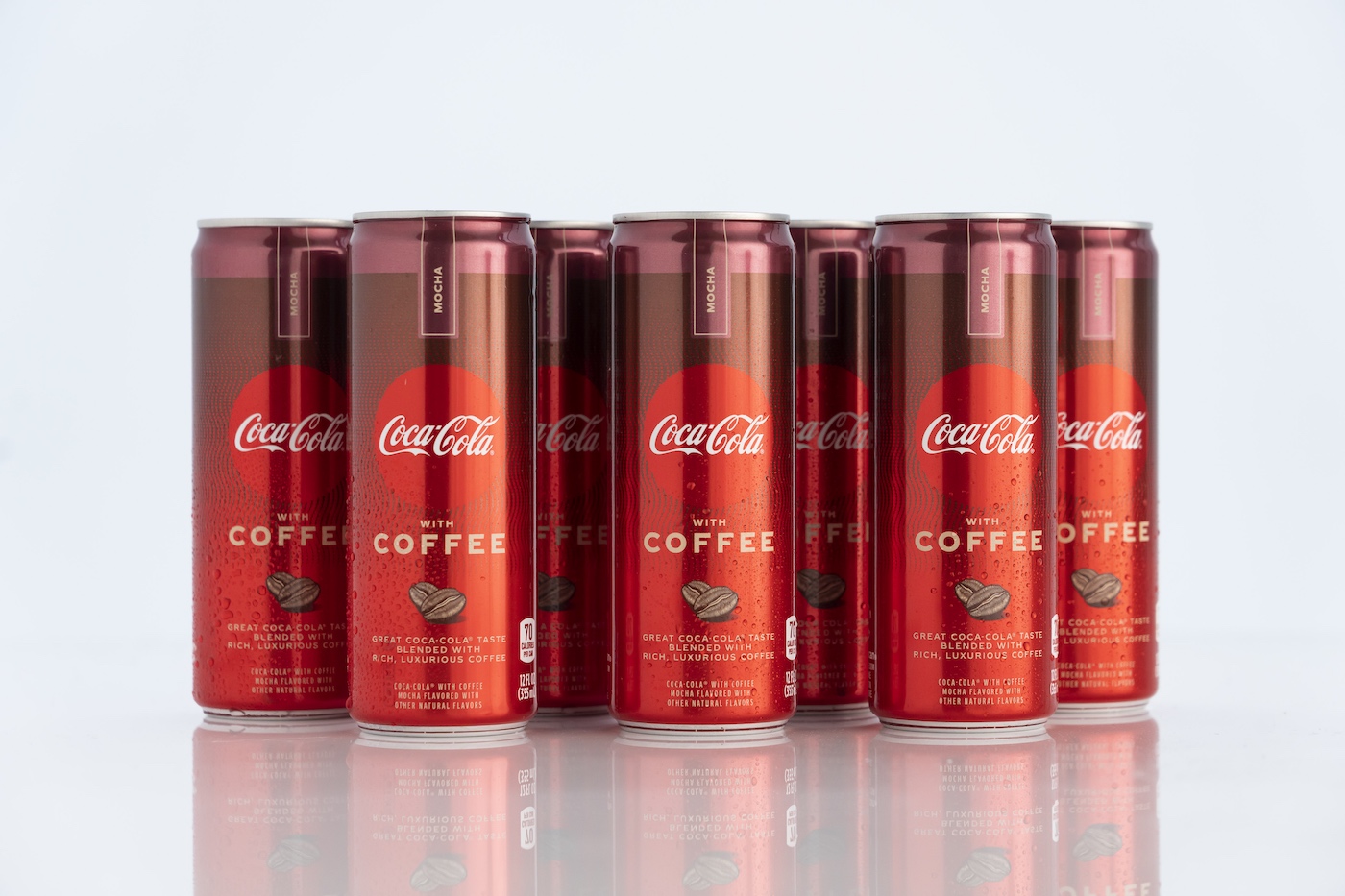 The brand debuted the first phase of this packaging change in 2021 for Coca‑Cola® Original Taste and Coca‑Cola® Zero Sugar. “We wanted to modernize and simplify the look of our packaging to help consumers find the flavor they’re looking for on the shelf through a colorful but clean packaging design,” said Natalia Suarez, senior brand manager of Coke Choice Portfolio, Coca‑Cola’s North America Operating Unit.

Coca-Cola continues to leverage technology in fun, creative ways to spread the word about its latest innovations. Last year, the brand partnered with Walmart and DroneUp to deliver Coca‑Cola with Coffee via drones to fans in Coffee County, Ga., and will now debut its latest offerings through robotic, on-demand and contactless delivery solutions. 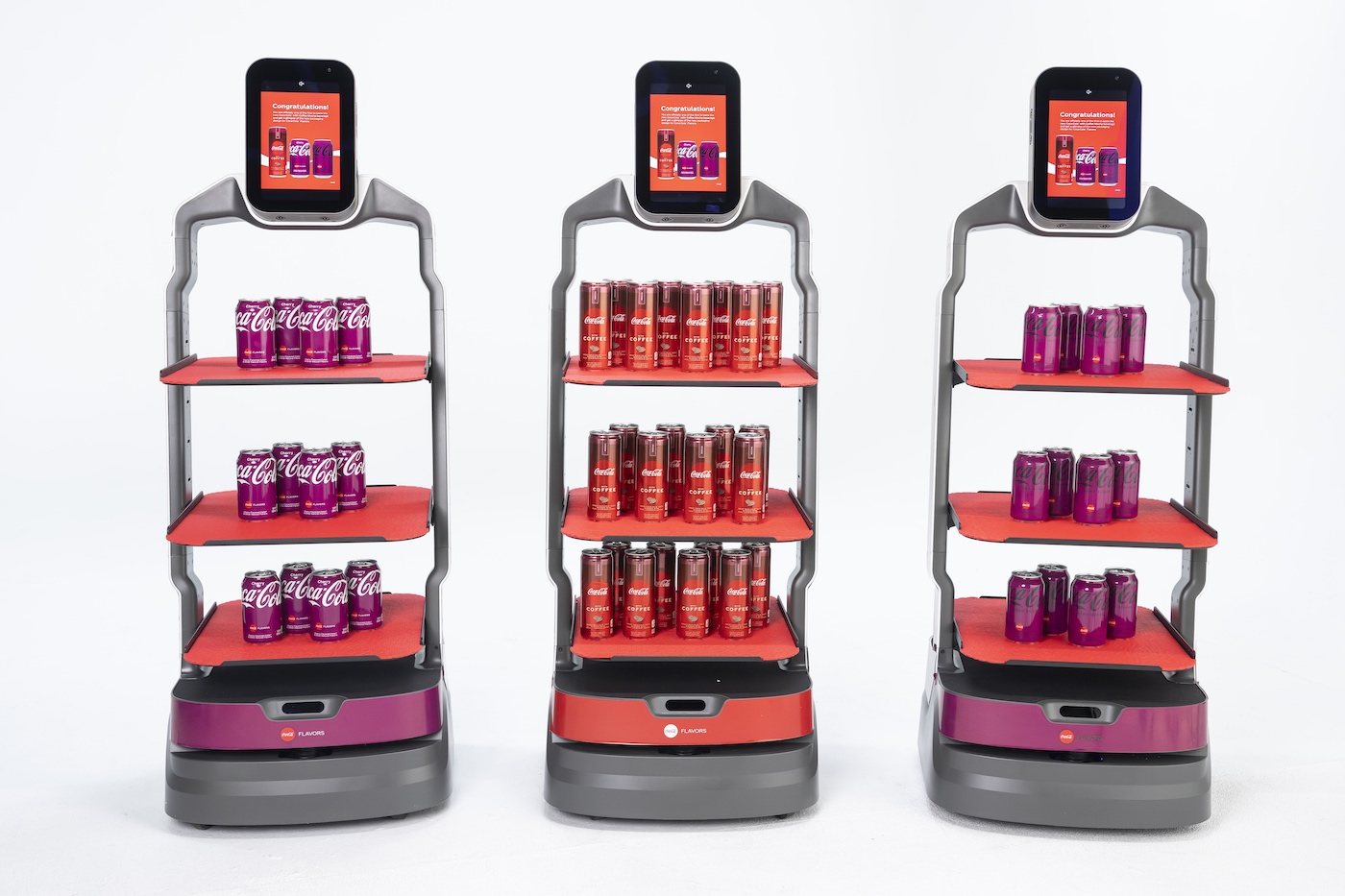 Starting Jan. 19, consumers can submit their address on https://fooji.info/coca-cola for a chance to sample the brand’s latest innovations, delivered directly to their doorsteps, while supplies last. Fans in the greater Chicago, Los Angeles and New York areas will receive product in less than an hour – some via robot deliveries, made up of a fleet of self-driving robotic vehicles stocked with Coca‑Cola’s latest launches. Each robot in the fleet will be individually wrapped to showcase the new Coca‑Cola with Coffee Mocha flavor and new packaging for Coca‑Cola Cherry and Coca‑Cola® Cherry Zero Sugar. To ensure fans across the country can see and taste the new offerings, Coca‑Cola will extend the launch moment via an on-demand delivery program with a box of Coke’s new innovations arriving within 3-7 business days.