Jon Radtke’s worked a corporate job at Coca-Cola for the past twelve years, but don’t expect to see him in a suit and tie every day.

Instead, you’re likely to catch him sporting well-worn hiking boots, with his sleeves rolled high as he treks across America’s watersheds.

The Best Job in the World

As far back as Radtke can remember, nature has been a central part of his life. He recalls his childhood playground as the woods behind his house in southern Illinois, where he would catch tadpoles in the nearby creek and build tree forts. As he grew older, he would backpack for weeks at a time with his brother in the backcountry, living on what they could carry on their backs and catch in surrounding streams.

“It refreshes me,” Radtke says of his time spent in nature.

So, when Radtke began his work at Coca-Cola in 2005, he hoped it would lead him back to the outdoors. His first role was to assist the company responsibly locate spring water sources for use in beverages. As the company’s priorities began to increasingly emphasize sustainable consumption of water resources, so too did his role. 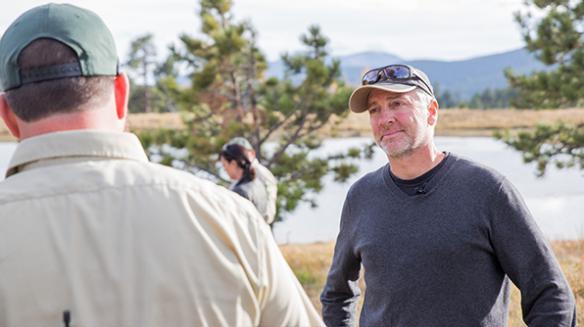 He now works full time as Coca-Cola North America’s hydrogeologist. In this capacity, he manages the company’s water sustainability program, which assesses and mitigates water risks facing Coca-Cola operations and consumers on a local, regional and national basis.

For Radtke, the value of preserving earths’ resources is not only aesthetic, but functional.

He reflects, “Living in the city, we have a tendency to get wrapped up in our immediate environment and we think of nature as something that’s pretty to go visit every now and then. But really, we rely on nature for most aspects of our lives, including clean air, clean water and many other benefits that we take for granted.” 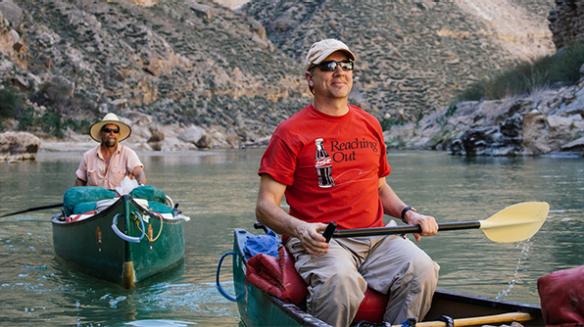 Radtke’s mission? Making sure that Coca-Cola embraces those resources responsibly.

He does this in two primary ways: by helping to ensure that the source water Coca-Cola uses is sustainable and by working to replenish at-risk water resources in partnership with organizations, such as the United States Forest Service, the National Forest Foundation and World Wildlife Fund among others, already poised to tackle these issues

“We're Coca-Cola. We know how to make beverages; we don't necessarily know how to restore watersheds,” Radtke acknowledges. “We rely on our partners to identify those areas of need, and know what mitigation steps need to be taken to repair them.”

Replenishing local watersheds has no panacea. In some communities, it means removing water-thirsty non-native invasive species, which have sucked dry the land. In others, it means building structures to prevent further erosion of streams or to increase natural groundwater storage.

This locally conscious approach, contributes to a much more extensive environmental impact.

Through their local efforts in North America, Radtke’s team has supported the company’s global goal to replenish water back to nature and communities in an amount equal to that used in its finished beverages.

Not only has the company replenished an estimated 133% of this water, working with many reputable independent partners and using accepted scientific methods, but it surpassed its intended water neutrality milestone five years earlier than expected, meaning more available water for communities to use. 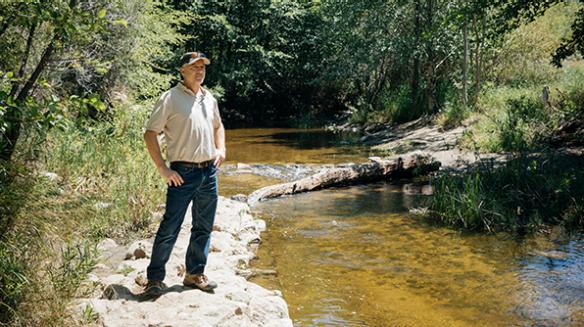 “Water and Coca-Cola – they go together,” he continues. “Water is the number one ingredient in almost everything that we make. It's also a life-sustaining resource for the communities in which we operate. We believe that our company and, for that matter, all companies have a role to play to help make sure those water supplies are sustainable.”

Looking back at his time with Coca-Cola, Radtke feels proud of his role in elevating the importance of water sustainability within the company to the extent that it has become a significant part of its business model. Looking forward, Radtke knows that this work has only begun.

“Coke is now recognized as a leader in corporate water stewardship,” he concludes. “As a company, we’ve been around for 130 years. If we want to be around for another 130 years we need to continue what we’re doing around water stewardship and leverage our influence to have others join us.”