Dinner and a Musical: Coca-Cola and Disney+ Bring Families Together for Hamilton Premiere - News & Articles

Dinner and a Musical: Coca-Cola and Disney+ Bring Families Together for Hamilton Premiere - News & Articles

Coca-Cola is committing $1 million to World Central Kitchen to donate 100,000 meals ahead of the July 3 premiere of Hamilton on Disney+. The partnership aims to fight food insecurity in diverse communities disproportionately affected by COVID-19 and ongoing social injustice. Photo Credit: Disney

Coca-Cola is collaborating with Hamilton Creator Lin-Manuel Miranda and World Central Kitchen Founder, Chef and Humanitarian José Andrés ahead of the July 3 premiere of Hamilton on Disney+ to fight food insecurity with a focus on diverse communities disproportionately affected by COVID-19 and ongoing social injustice.

Coca-Cola is announcing a $1 million donation to World Central Kitchen (WCK) to serve 100,000 meals in the United States and Mexico, with plans for global expansion. Additionally, the donation will help approximately 150 local restaurants in communities hit hardest by COVID-19 to rehire up to 1,400 employees.

Prior to COVID-19, an estimated 37 million Americans faced hunger on a daily basis. In recent months, those numbers have rapidly increased as job losses continue to mount and social safety nets are stretched thin. With the shuttering of schools (through which 30 million low-income students receive daily meals via the National School Lunch Program) and limited access to senior centers (where 2.9 million adults obtain meals in group settings via the U.S. Department of Health and Human Services), COVID-19 has exacerbated America’s food security problem. Minority communities are facing these issues at even higher and more alarming rates. 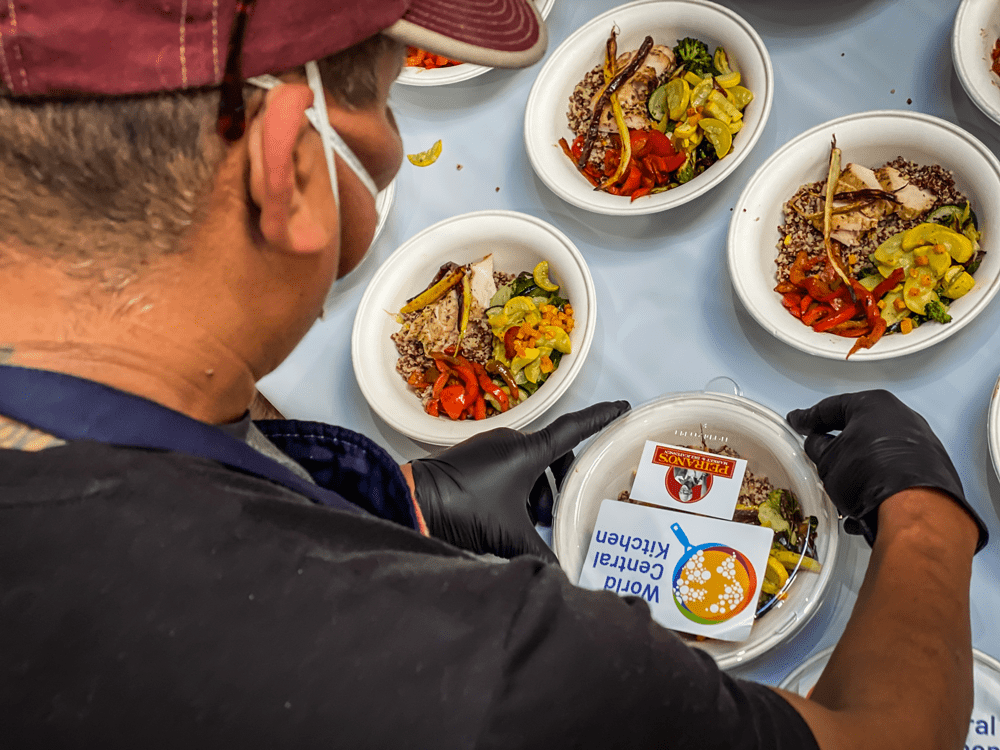 WCK, which Andrés founded in 2010, uses the power of food to strengthen communities in times of crisis and beyond. Since mid-March, the organization has served more than 19 million meals in 250-plus cities.

Through its Restaurants for the People initiative, WCK has shifted to “employing” local restaurants through a model that not only offers meals directly to those in need, but also keeps restaurant workers – and those further down the food supply chain – employed. By guaranteeing revenue in exchange for an average of 250 daily meals per restaurant at the all-inclusive rate of $10 per meal, WCK enables these small businesses to stay operational. Restaurants can employ their own staff and continue to buy from existing local food purveyors, who in turn can keep purchasing from farmers.

An unforgettable cinematic stage performance, the filmed version of the original Broadway production of Hamilton combines the best elements of live theater, film and streaming to bring the cultural phenomenon to homes around the world for a thrilling, once-in-a-lifetime experience. Hamilton is the story of America then, told by America now. Featuring a score that blends hip-hop, jazz, R&B and Broadway, Hamilton has taken the story of American founding father Alexander Hamilton and created a revolutionary moment in theatre – a musical that has had a profound impact on culture, politics, and education. Filmed at The Richard Rodgers Theatre on Broadway in June 2016, the film transports its audience into the world of the Broadway show in a uniquely intimate way. With book, music, and lyrics by Lin-Manuel Miranda and direction by Thomas Kail, Hamilton is inspired by the book Alexander Hamilton by Ron Chernow and produced by Thomas Kail, Lin-Manuel Miranda and Jeffrey Seller, with Sander Jacobs and Jill Furman serving as executive producers. The 11-time-Tony Award®-, GRAMMY Award®-, Olivier Award- and Pulitzer Prize-winning stage musical stars: Daveed Diggs as Marquis de Lafayette/Thomas Jefferson; Renée Elise Goldsberry as Angelica Schuyler; Jonathan Groff as King George; Christopher Jackson as George Washington; Jasmine Cephas Jones as Peggy Schuyler/Maria Reynolds; Lin-Manuel Miranda as Alexander Hamilton; Leslie Odom, Jr. as Aaron Burr; Okieriete Onaodowan as Hercules Mulligan/James Madison; Anthony Ramos as John Laurens/Philip Hamilton; and Phillipa Soo as Eliza Hamilton.