What do an epic blizzard and six ice-skating bottles of Fresca have in common?

In one of the more ironic twists of fate in the history of The Coca-Cola Company, the introduction of Fresca in New York City was an event to remember.

Fresca was initially introduced in test markets across the U.S. as early as 1964. The no-calorie, citrus-flavored soft drink was positioned both as a mixer and a refreshing sparkling beverage as an alternative to bottled waters and seltzers. After a series of successful pilots in select cities, Fresca was ready for the big time. And that could only mean New York. 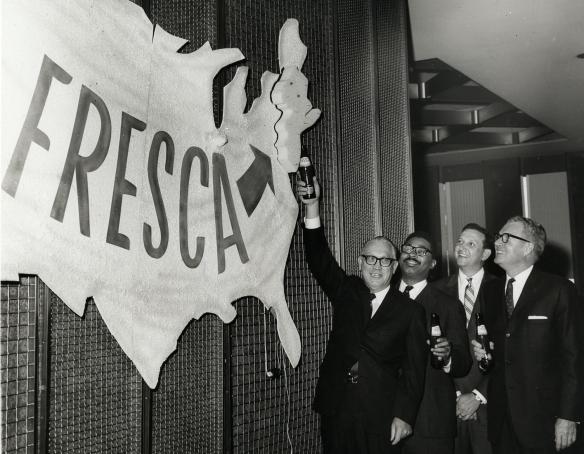 The elaborate launch plans included taking over the iconic Four Seasons Restaurant. (For a great read, check out Ten Restaurants that Changed America, which gives a great history of the eatery.) Opened in 1959 in the architecturally acclaimed Seagram’s building, the space was designed by Ludwig Mies van der Rohe and Philip Johnson. The Four Seasons décor and cuisine were both considered groundbreaking at the time. One of its signature features was a tremendous water fountain in the middle of the restaurant. Works by prominent artists graced the walls, and the menu was one of the first in the country to feature seasonal ingredients. TheCoca-Cola Company considered the Four Seasons to be the ideal venue to unveil its newest product.

The Beginning of a Legacy

Fresca was the second low-calorie product launched by The Coca-Cola Company; TaB made its debut in 1963. Years of research and taste tests –which yielded promising results –made the company feel like it had a winner. With its grapefruit-inspired cold citrus flavor, the unifying tag line for Fresca centered around a “blizzard” of taste.Cool, crisp, frosty and refreshing.

The Four Seasons bar staff even created 10 cocktails printed into a guidebook the public could order to try at home. And the company hired Mitch Miller and his band to record the “Blizzard Theme” for the national rollout.

With a marquee location, top-notch band and world-class entertainment lined up for the evening, all the stars were apparently aligning. What could go wrong?

On February 7, 1967, a major winter storm swept across the Northeast, dumping tremendous amounts of snow. New York City essentially shut down. With a quick sense of timing and a bit of cheekiness, Bill Free, the head of the Marschalk Agency, which handled Fresca for Coca-Cola, took out an ad in The New York Times apologizing for the “blizzard” that the Fresca introduction had caused in the Big Apple. 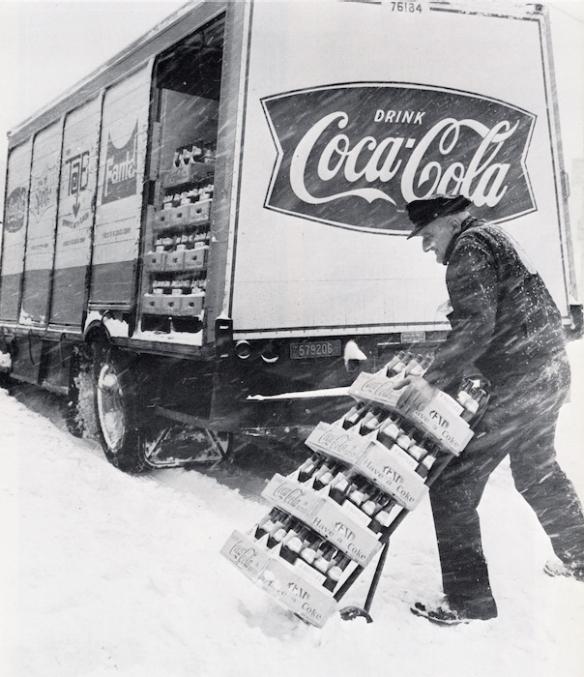 The party went on despite the elements. The famous fountain in the middle of the Four Seasons was frozen, and six skating Fresca bottles skated and danced through the night as the Mitch Miller Orchestra dazzled the crowd with the Fresca “Blizzard Theme” and other hits. 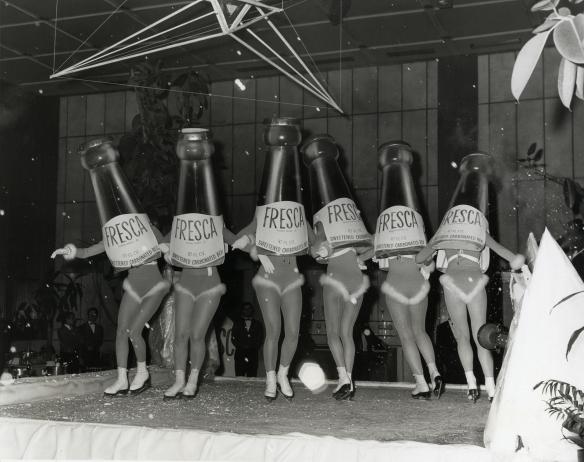 Now, five decades later, Fresca (“fresh” in Spanish) is enjoyed primarily by “discerning adults” in countries around the world. The caffeine-free drink with a distinctly light citrus taste is offered in several flavor varieties, including peach and black cherry. The brand has refreshed both its formulation and look-and-feel over the years.