Adults in Mexico will enjoy the first sips of the highly anticipated ready-to-drink (RTD) version of one of the world’s most requested “bar calls”—cocktails ordered by brand name—this month through a collaboration between The Coca-Cola Company and Brown-Forman, makers of Jack Daniel’s Tennessee Whiskey.

Jack Daniel’s & Coca-Cola RTD arrives on store shelves in 350-ml cans across the popular tourist region of Riviera Maya, with additional cities in Mexico to soon follow. The co-branded, pre-mixed cocktail made with Jack Daniel’s Tennessee Whiskey and Coca-Cola hits the United States and additional markets in North America and Europe in 2023. A zero-sugar version also will be available later this year. 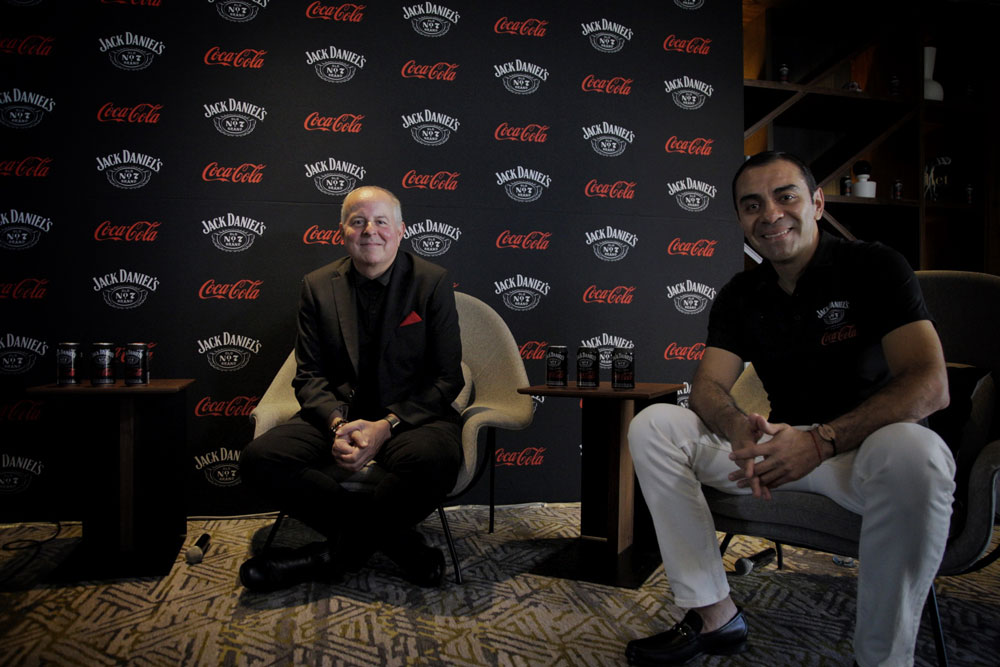 “While Jack Daniel's and Coca-Cola have long been mixed at home and in bars around the world, today we're officially introducing a premium drink that unites two iconic brands in a ready-to-drink blend with so many perks, including its can,” Roberto Mercadé, president, Coca-Cola Mexico, told reporters during a Nov. 11 press event in Cancún. “Jack & Coke is the beginning of something big.”

Since announcing the relationship with Brown-Forman—the world’s fifth-largest global alcoholic beverage company— in June, a globally networked team at Coca-Cola has worked to make the product launch a reality within five months. The global agreement brings together two iconic brands. Coca-Cola was created in 1886 in Atlanta, Ga., and Jack Daniel's was established in 1866 in Lynchburg, Tenn.

"For 150 years, Brown-Forman has been a benchmark for innovation and brand building. Francisco Baeza, VP and General Manager, Brown-Forman Mexico. “Today, we continue to work to enrich people's lives through the creation of high-quality iconic brands that endure in the consumer's taste thanks to our passion and social responsibility."

Jack Daniel’s & Coca-Cola joins a portfolio of flavored alcohol beverages made with company brands, including Lemon-Dou, which is currently available in Japan, China, Mexico and the Philippines; Topo Chico Hard Seltzer, available in more than 20 markets; Schweppes Pre-Mixed Cocktails, currently available in Brazil; and the new Simply Spiked Lemonade and Fresca Mixed in the United States.

“Everything we do is inspired by what we hear from our consumers and how our drinks are incorporated into their different lifestyles,” Mercadé said, noting that Mexico also was the first market to launch Topo Chico Hard Seltzer in 2020. “We have seen a blurring of category lines between alcohol and nonalcoholic offerings, which presents an extremely interesting opportunity for Coca-Cola.”

The Coca-Cola Company developed a Responsible Alcohol Marketing Policy to ensure it grows its alcohol brands in responsible and sustainable ways and prohibits targeted marketing to people below the legal drinking age. Brown-Forman, similarly, has a long-held commitment and adherence to responsible marketing practices and promoting responsible consumption.

“We are aware that by entering the alcohol category, we assume a great responsibility in promoting moderate consumption,” Mercadé said. “So we will grow our brands in the category in a responsible and sustainable way.”