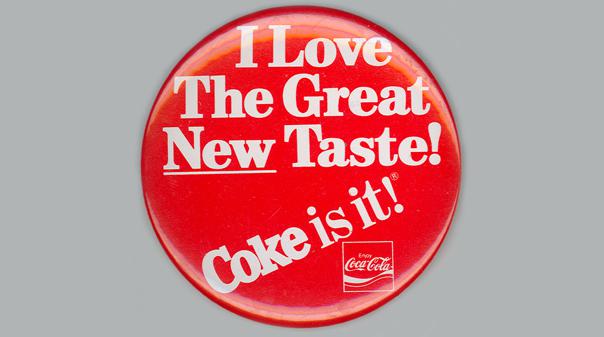 Phil Mooney half-jokingly says the summer of 1985 was the only time during his 36-year career with The Coca-Cola Company when he was reluctant to tell people who he worked for.

"Those 79 days felt like an eternity,” recalls Mooney, who retired as Coke’s chief archivist in 2013. “As an employee, it was an uncomfortable and almost surreal position to be in… it was sort of like we were starring in a bad movie.”

He’s of course referring to the period of time between April 23 and July 11, when Coca-Cola temporarily changed the formula of its 99-year-old flagship product. The ill-fated move unleashed an unprecedented avalanche of consumer complaints and bad press.

To mark today's 30th anniversary of the introduction of New Coke, we spoke to Mooney and a few other employees who worked at Coke in '85 and experienced what some have called a colossal business blunder and others have declared an unintended stroke of marketing genius. Here’s what they remember about the New Coke launch and the months that followed.

"We lived and breathed it 24/7 without a break, because in the evenings we’d go home to our friends and neighbors – all of whom had an opinion," Mooney said. "We were the only ones they could get to, so they'd unload on us. To them, we were the face of Coca-Cola, which means we had to publicly defend the company’s decision to take away something that had been a cherished part of their lives for 99 years. The ones who really took it on the chin were the delivery drivers. Those poor guys took a beating every single day!

We were each given a case of New Coke so we could hand out samples in our neighborhoods. I remember trying it once or twice, but people would always say, “No thank you… give me the original Coke back!” We’d try to explain, but it just wasn’t getting through. When senior leadership made the decision to change the formula, they underestimated the deep psychological attachment people had to Coca-Cola. We heard consumer stories about how Coke was with them on their first date, or during World War II. An elderly lady famously told Don Keough that he had taken away her memories. New Coke taught us that we were custodians of more than a product, and I think we became a better company because of this lesson." 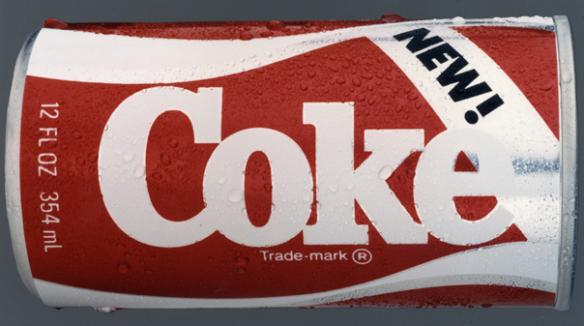 As manager of consumer affairs for The Coca-Cola Company, Lynn Henkel was on the front lines of the New Coke backlash. After the product hit the market, a staff of a dozen or so consumer care reps – responsible for answering calls to Coke’s toll-free hotline and responding to letters – ballooned to 180 practically overnight to manage an onslaught of consumer queries and feedback.

“We were fortunate because, by May, the local Atlanta colleges had dismissed for the summer and we had access to part-time workers. We quickly realized we couldn’t keep up with the call volume and needed help. I remember all of us seated at long tables with phone lines coming down through the ceiling, working very long hours. People who called in were very upset; most just wanted to complain, but many shared personal stories about their connection to, and love of, Coca-Cola – from memories of trying it for the first time, or sharing a toast at their wedding. The passion was amazing. Many of the letters we got were funny, and some or touching. And we replied to every single one… if we had an address they got a response. We even included a coupon to try the “new taste of Coke” with our replies. The infamous “Dear Chief Dodo” letter Mr. Keough mentioned during the press conference came to us. We would compile daily reports to share with senior management. In fact, Mr. Keough often stopped by our call center… he was very interested in and aware of what was going on.

When we made the announcement to bring original Coke back, it was like flipping a switch. Everyone wanted to know where they could buy it. From a consumer affairs standpoint, New Coke raised the visibility of the public’s power because people suddenly realized they could call and that we would listen.” 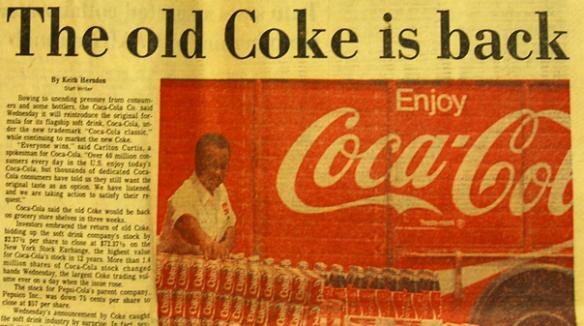 Ed Hays – now The Coca-Cola Company’s Chief Technical Officer – joined Coke’s R&D team about three months before the introduction of New Coke. It was his first job out of college. 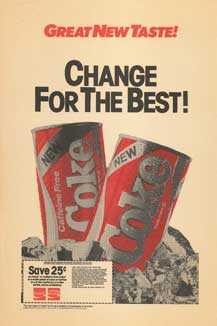 “I’d just been hired in a product development role when New Coke came out. In fact, it was created on the floor above mine. Initially, I didn’t know what to make of it. I’d been so proud to join the company just a few months before, but then we had to go ‘undercover’ in a way, given all the fanfare surrounding us. Protesters were demonstrating at the front gates, and the media was calling us dummies.

We didn’t really get a lot of information ahead of time. I remember hearing about New Coke the same time the rest of the world did. And that was unnerving to me because Coke had a special place in my life. Growing up, my mother and I would share a Coke in our kitchen in the afternoon after I got home from school. That was our time together… and I felt like that had been taken away from me. I know countless other consumers felt the same way. The launch of New Coke – and the eventual return of classic Coca-Cola – showed that when you have something special, you often don’t know how special it truly is until you lose it. The same can be said for relationships.

John Heaton, now Coke's director of strategic planning, was working for the company's Far East division in Hong Kong when New Coke launched, so it took a bit longer for the consumer vitriol to reach him.

“In Hong Kong, we only saw the tip of the iceberg… we didn’t experience the angst until much later when we heard about it second-hand from our colleagues. We were busy selling Coca-Cola in a large territory that included most of Asia (excluding Japan), Australia and New Zealand. The news broke in April 1985, which we of course got via telex and fax. Back then there was no email, no satellite TV or CNN International. We got all of our U.S. news from the International Herald Tribune and TIME magazine. Gradually, we began to see a tidal wave of negative stories building… and then suddenly out came a plan to bring (original) Coke back.

About a year later, I was at a rally at Coke headquarters in Atlanta – I was working back in the States by then – to celebrate the one-year anniversary of New Coke. Don Keough was leading it, and it felt almost like a revival meeting. Don said, ‘We screwed up and didn’t pay attention to our consumers.’ It was as if he was reliving the experience to learn from it again and share his learnings with us.”