'Together We Must' Virtual Dinners Concludes - News & Articles

'Together We Must' Virtual Dinners Concludes - News & Articles

Coca-Cola recently invited Americans to gather around the virtual dinner table for a series of timely discussions about social justice-related topics, and now is encouraging fans to continue these action-oriented conversations throughout the holiday season.

Each free-to-attend dinner covered a different topic impacting racial justice – allyship, belonging, bridging the racial divide, inclusive culture, unconscious bias and understanding race – with trained facilitators hosting small group breakout sessions to encourage listening and sharing in a more intimate setting. At the end of the session, participants were encouraged to deepen their engagement on the topic and host their own conversations with friends, family, neighbors and colleagues. Discussion guides are available for download on the series website.

More than 90% of attendees surveyed said the sessions motivated them to take action – from volunteering in their local community, to seeking out additional information, to hosting their own “Together We Must” dinner conversations. “With Civic Dinners, our purpose is to create a more inclusive world, so this partnership with Coca-Cola is a dream collaboration that allows us to engage far many more people in the crucial conversations of our time,” said Jenn Graham, founder and CEO, Civic Dinners.

Participant Erica Cheyne described the experience as “raw, unfiltered and inspiring.” “It’s one I will never forget and always be grateful for,” she said. “We each had to dig deep and jump into the conversation." 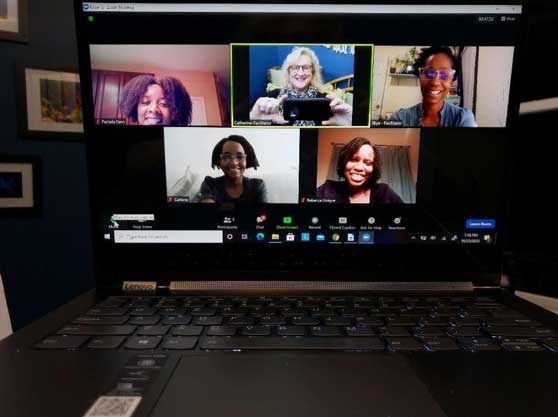 Troy Thompson added, "Conversations like these with others who are different from you are what’s needed to bring people together."

Coca-Cola organized “Together We Must: The Conversation” in partnership with the National Center for Civil and Human Rights, The King Center, Civic Dinners and Equitable Dinners. The series was inspired by the times Coca-Cola has brought people together throughout its history to advance civil rights and stand up for what’s right – including convening a desegregated dinner in 1964 for Atlanta’s business community honoring Dr. Martin Luther King Jr.’s Nobel Peace Prize.

The series is an extension of “Together We Must”, a pledge Coca-Cola made in June to listen, learn and act on its history of advancing civil rights, diversity and inclusion, and to steer resources and energy toward helping end the cycle of systemic racism. The pledge included a $500,000 donation to 100 Black Men of America Inc. In July, the brand partnered with Lin-Manuel Miranda and World Central Kitchen (WCK) Founder Chef José Andrés ahead of the global premiere of Hamilton on Disney+ to create impactful change with inclusivity and optimism at the forefront. Coinciding with the premiere, Coca-Cola donated $1 million to WCK to fight food insecurity around the world and support communities of color that have been disproportionately impacted by COVID-19.