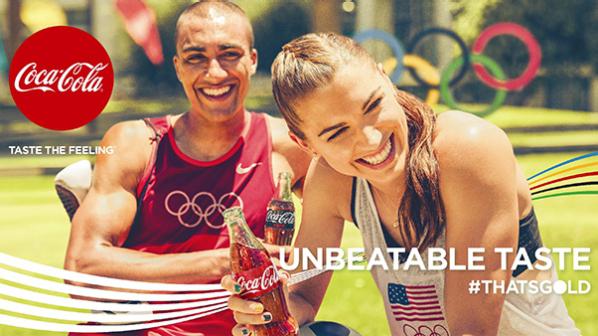 Atlanta, July 13, 2016 – As the clock ticks down to the Opening Ceremony of the Rio 2016 Olympic Games, Coca-Cola has its eyes set on celebrating gold – but not just the gold found on top of the world’s most elite podium. In the 88th year of this special partnership, Coca-Cola will celebrate with fans across the world the gold feeling that comes from accomplishing something great, however simple, in an everyday moment.

“While the gold medal is an icon of sporting success, Coca-Cola believes that gold moments can happen far beyond the podium. They can happen every day and all around the world,” said Rodolfo Echeverria, Vice President of Global Creative, The Coca-Cola Company. “For Coca-Cola, gold moments are made of special feelings – joyful, refreshing, sharable – all of those moments that make you feel gold, just like the feeling of drinking an ice-cold Coca-Cola. We look forward to bringing #ThatsGold to life in Rio de Janeiro and around the world.”

#ThatsGold, which is rolling out around the world this July, will come to life through the following activations: 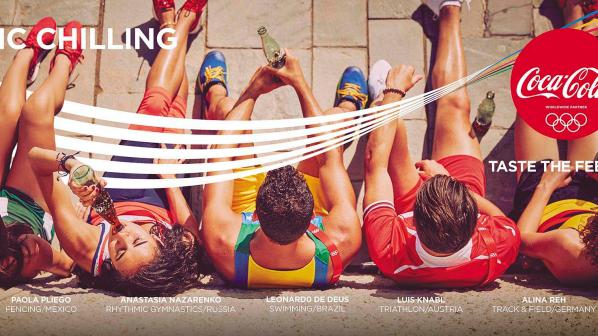 For the Rio 2016 Olympic Games, Coca-Cola is celebrating gold beyond the podium through its #ThatsGold campaign

North America Finds Gold
North America is one of more than 50 markets activating #ThatsGold globally.  The campaign will come to life through an integrated marketing program that incorporates an elite group of five Team USA athletes and hopefuls and an Olympic legend who have won a total of more than 20 Olympic medals, including nine gold:

The slate of Coca-Cola athletes will help bring the Company’s #ThatsGold campaign to life and will be featured through: 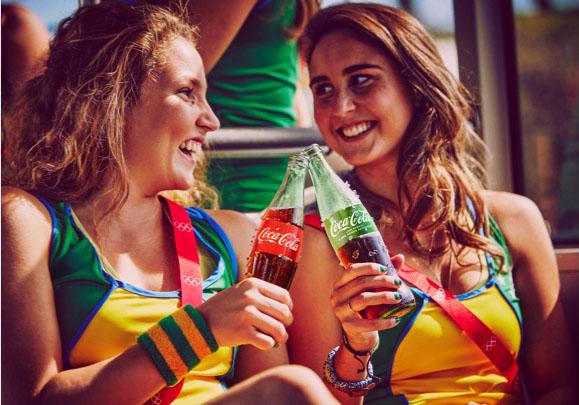 The Rio 2016 Olympic Games marks 88 years of partnership between The Coca-Cola Company and the International Olympic Committee and the Olympic Movement.  “As an Olympic sponsor since 1928, we believe the Olympic Games are a force for good that unite people through a common interest in sports, and we have seen first-hand the positive impact and long-lasting legacy they leave on the communities of the host nations,” said Echeverria.  “We support the core values of the Olympic Movement – excellence, friendship and respect – and are proud to continue our role in helping to make the Olympics a memorable experience for athletes, fans and communities all around the world.”

The Coca-Cola Company (NYSE: KO) is the world's largest beverage company, refreshing consumers with more than 500 sparkling and still brands and more than 3,800 beverage choices. Led by Coca-Cola, one of the world's most valuable and recognizable brands, our company’s portfolio features 20 billion-dollar brands, 18 of which are available in reduced-, low- or no-calorie options. Our billion-dollar brands include Diet Coke, Coca-Cola Zero, Fanta, Sprite, Dasani, vitaminwater, Powerade, Minute Maid, Simply, Del Valle, Georgia and Gold Peak. Through the world's largest beverage distribution system, we are the No. 1 provider of both sparkling and still beverages.  More than 1.9 billion servings of our beverages are enjoyed by consumers in more than 200 countries each day. With an enduring commitment to building sustainable communities, our company is focused on initiatives that reduce our environmental footprint, create a safe, inclusive work environment for our associates, and enhance the economic development of the communities where we operate. Together with our bottling partners, we rank among the world's top 10 private employers with more than 700,000 system associates. For more information, visit www.coca-colacompany.com, follow us on Twitter at twitter.com/CocaColaCo, or find us on LinkedIn at www.linkedin.com/company/the-coca-cola-company.