DASANI today announced a series of sustainable packaging breakthroughs that will help remove the equivalent of 1 billion virgin PET plastic bottles from the Coca-Cola supply chain over the next five years in support of the company’s global “World Without Waste” vision.

In addition to introducing aluminum cans and resealable aluminum bottles, and ongoing efforts to lightweight its entire packaging portfolio, America’s leading mainstream water brand will roll out HybridBottles™ made with a mix of up to 50% plant-based, renewable material (PlantBottle) and recycled PET (rPET).

The cross-functional Technical Innovation & Stewardship team designed and developed the HybridBottle at Coca-Cola’s new Corporate Packaging Engineering Technology Center outside Atlanta, using rapid prototyping to speed the R&D process. The 20-oz. package – which will be available nationally in mid-2020 – builds on DASANI’s decade of success with PlantBottle, adding recycled content to plant-based material to reduce the amount of virgin PET plastic used in the bottle. HybridBottles – the first of their kind in the United States – contain up to 30% rPET, 21% PlantBottle and 49% virgin PET. Innocent uses similar packaging technology in Europe. 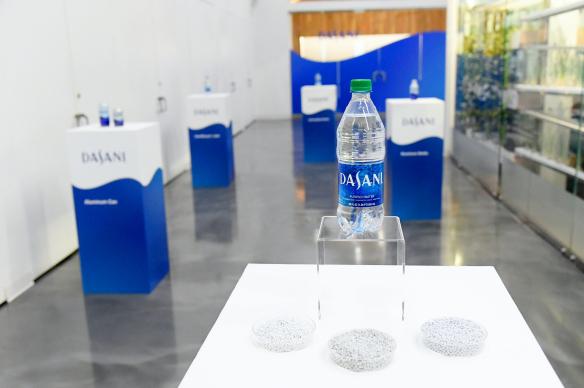 HybridBottles – the first of their kind in the United States – contain up to 30% recycled PET, 21% PlantBottle and 49% virgin PET.

Coca-Cola North America is bringing on six new rPET suppliers in 2019 to ensure consistent quality and performance of food-grade material sourced for use in the HybridBottles. Decontamination processes can vary by supplier, which can impact uniformity.

“We’re taking a strategic approach to procure rPET from suppliers located in close proximity to our processing plants, with the goal of reducing our total carbon footprint,” Shah added. “We take an end-to-end sustainability approach to packaging design.”

The agile R&D process powering the HybridBottle technology speaks both to The Coca-Cola Company’s growth mindset – which equally prioritizes speed and quality – and commitment to its ambitious World Without Waste goals. “We’re aligned as a system on integrating sustainability into our brand plans, and moving quickly and taking bold steps with our business, consumers and planet in mind,” Shah said.

Notably, the company is simultaneously building out the HybridBottle supply chain and commercialization plan.

“That’s new for us,” Shah added. “In the past, we would have finalized the entire value chain before going to market.”

The idea of re-using packaging materials like PET and aluminum resonates with consumers, said Shah, who spent eleven years in various packaging roles at General Mills and Avery Dennison before joining Coca-Cola in 2015.

“People are demanding transparency across the consumer products value chain and rewarding brands do right thing when it comes to sustainability. We know we have to continue to do more, but these trends unlock an opportunity for us.” 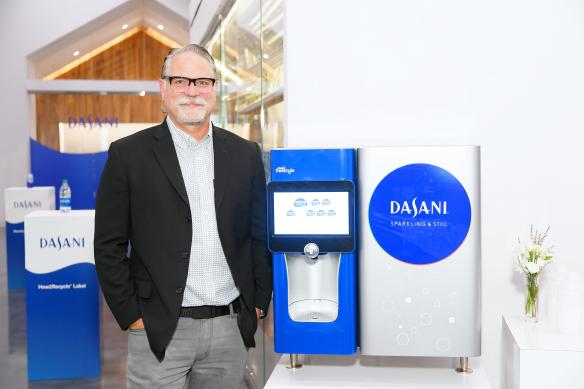 DASANI PureFill 2.0: Package-Less Innovation
DASANI also is expanding its package-less PureFill water dispensing platform with the addition of up to 100 units across the country beginning in fall 2019, leveraging proprietary Coca-Cola Freestyle technology.

The PureFill concept – which provides bottle-toting passers-by with free, ultra-filtered DASANI water and the option to add flavors and/or carbonation for a small fee – emerged in 2017 during an internal “Shark Tank”-style workshop hosted by Coca-Cola North America R&D. A cross-functional team of Coke employees led the design, development and commercialization of the hydration hub, which was built using existing fountain parts and piloted on college campuses across the U.S.

The pieced-together prototype worked well for the initial pilot, but the PureFill promise eventually outgrew its bespoke roots. The next generation of DASANI PureFill is a customized version of the Coca-Cola Freestyle dispenser, which reinvented the beverage fountain experience in 2009 by offering an unprecedented array of choices in a fun, interactive format. The touchscreen-operated machine uses “micro-dosing” technology to deliver nearly 200 drink options.

“It’s a natural progression,” explains Chris Hellmann, VP and general manager, Coca-Cola Freestyle. “We were able to create a DASANI-branded, occasion-based solution with the personalization and user experience Freestyle fans have come to expect – all with minimal re-engineering.”

More than 52,000 Coca-Cola Freestyle units pour 14 million drinks per day in restaurants, cinemas, convenience stores, amusement parks and other locations across the U.S. and a handful of other countries.

“Over the last decade, we’ve worked to apply the fundamentals of Freestyle – great beverage quality, unmatched variety and an engaging experience – to smaller prototypes,” Hellmann said.

Coca-Cola Freestyle 3100, for example, is a self-contained countertop unit tailored for space-constrained restaurants in Europe. “It’s about the size of a microwave, but it delivers a chilled sparkling or still beverage and offers 35 to 45 beverage choices,” Hellmann said. “The beauty of our micro-dosing technology is the ability to provide choice with highly concentrated ingredients. All the outlet needs is power and water.”

DASANI PureFill will leverage the Freestyle 3100 design for added personalization in a more compact footprint on college campuses, workplaces and recreation destinations across the country beginning this fall.

“The technology is ripe for the marketplace, but we continue to refinethe long-term consumer value proposition and commercial strategy,” Hellmann said. “Rather than wring our hands for six months and to get everything perfect, we’ve made the decision to quickly test, learn and iterate.”