At Coca-Cola, we are committed to making changes in our operations to reduce our climate impact. One of the ways we’re working toward this commitment is striving to reduce emissions from our manufacturing processes—an area where we’ve realized progress but also faced obstacles.

In 2008, Coca-Cola committed to two emissions reduction targets: 1) grow the business, not the carbon system-wide and 2) a 5 percent absolute reduction in developed countries. The emissions targets apply to manufacturing operations and had an initial target date of 2015 compared to a baseline year of 2004.

We continue to strive toward our goal of “grow the business, not the carbon,” yet we are off track and estimate our global manufacturing emissions to stand between 10 - 15 percent higher than our 2004 baseline.. Contributing factors include volume growth outpacing emission ratio improvements and insourcing of external manufacturing processes. 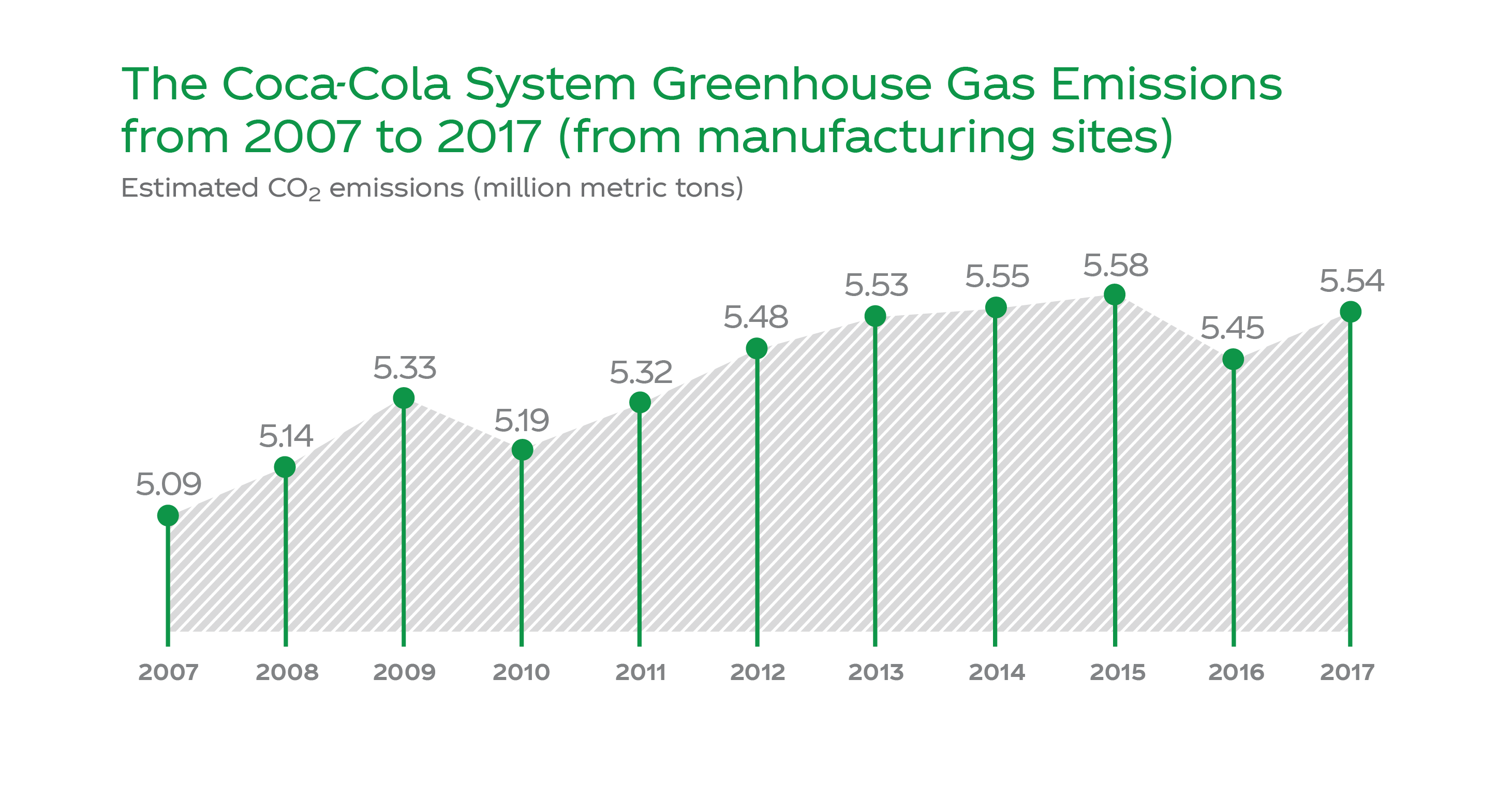 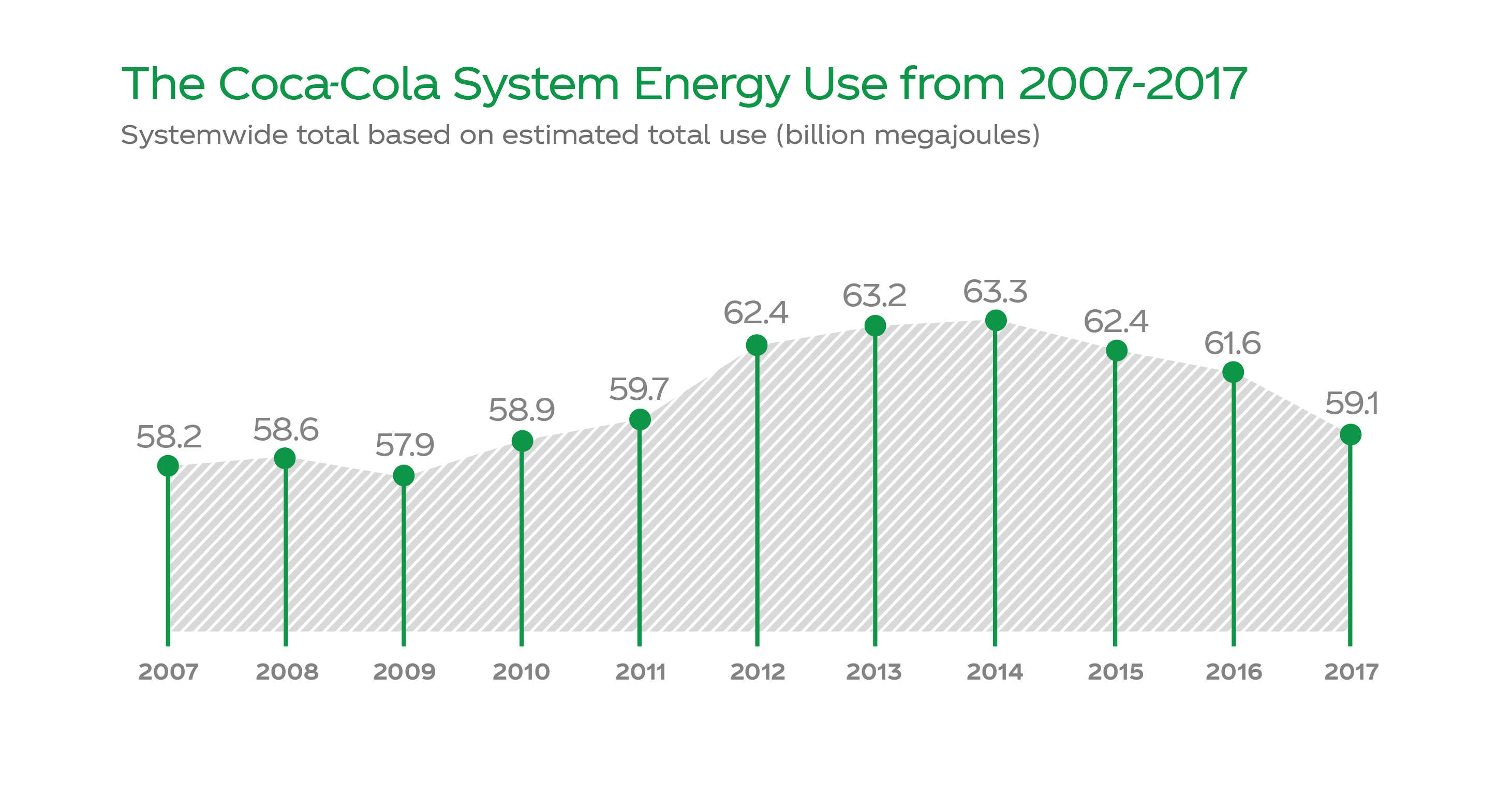 Coca-Cola achieved our “5 percent reduction in developed countries” goal by 2015, and in 2016, we continued to improve to 20% below the 2004 baseline by the end of the year.. We continue to work with our bottling partners on the “Top 10 Energy Saving Challenge.” This program equips bottling partners with low-risk/high-return energy-saving practices and enables them to compare performance with other bottling partners across the system. 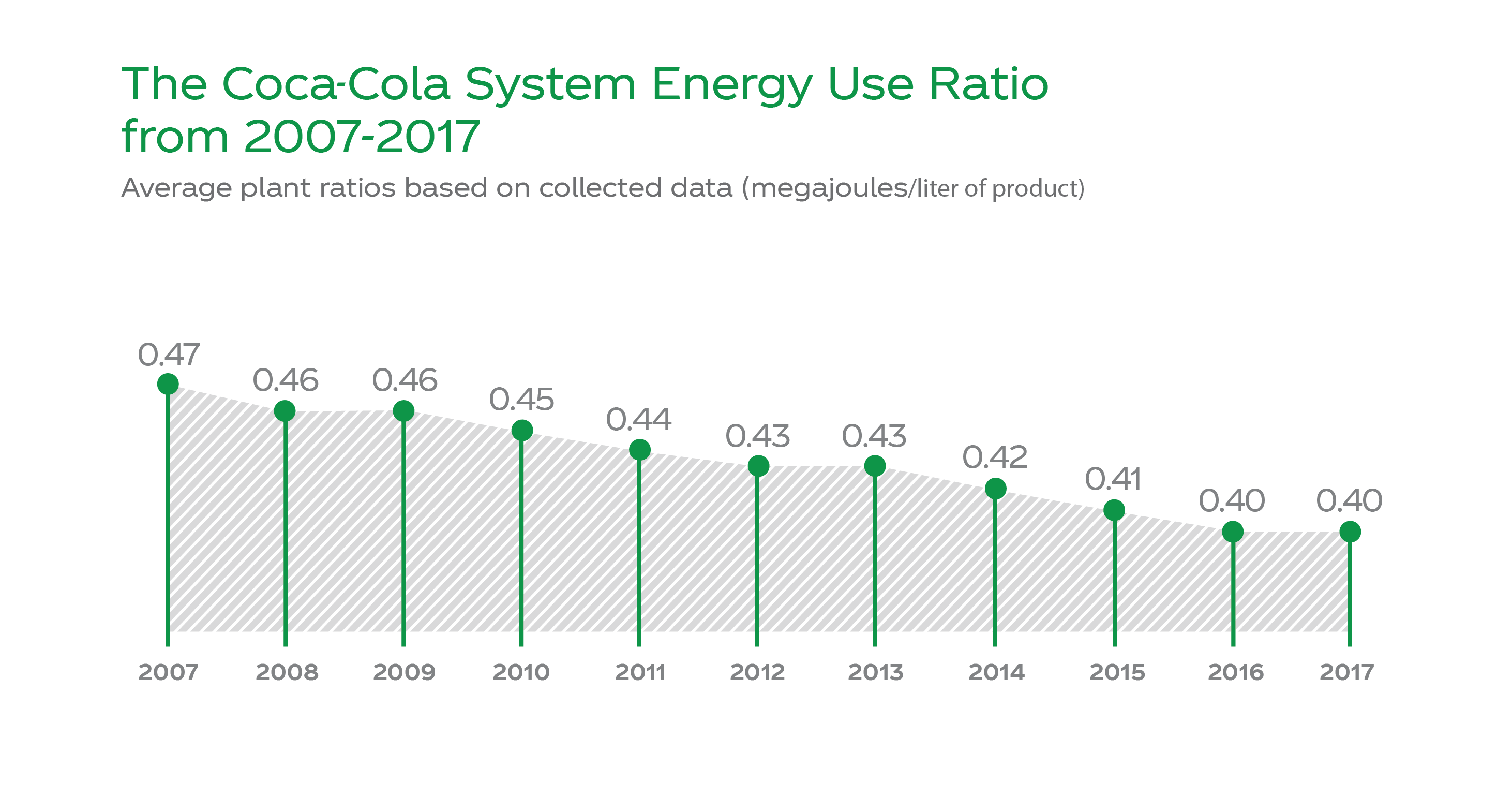 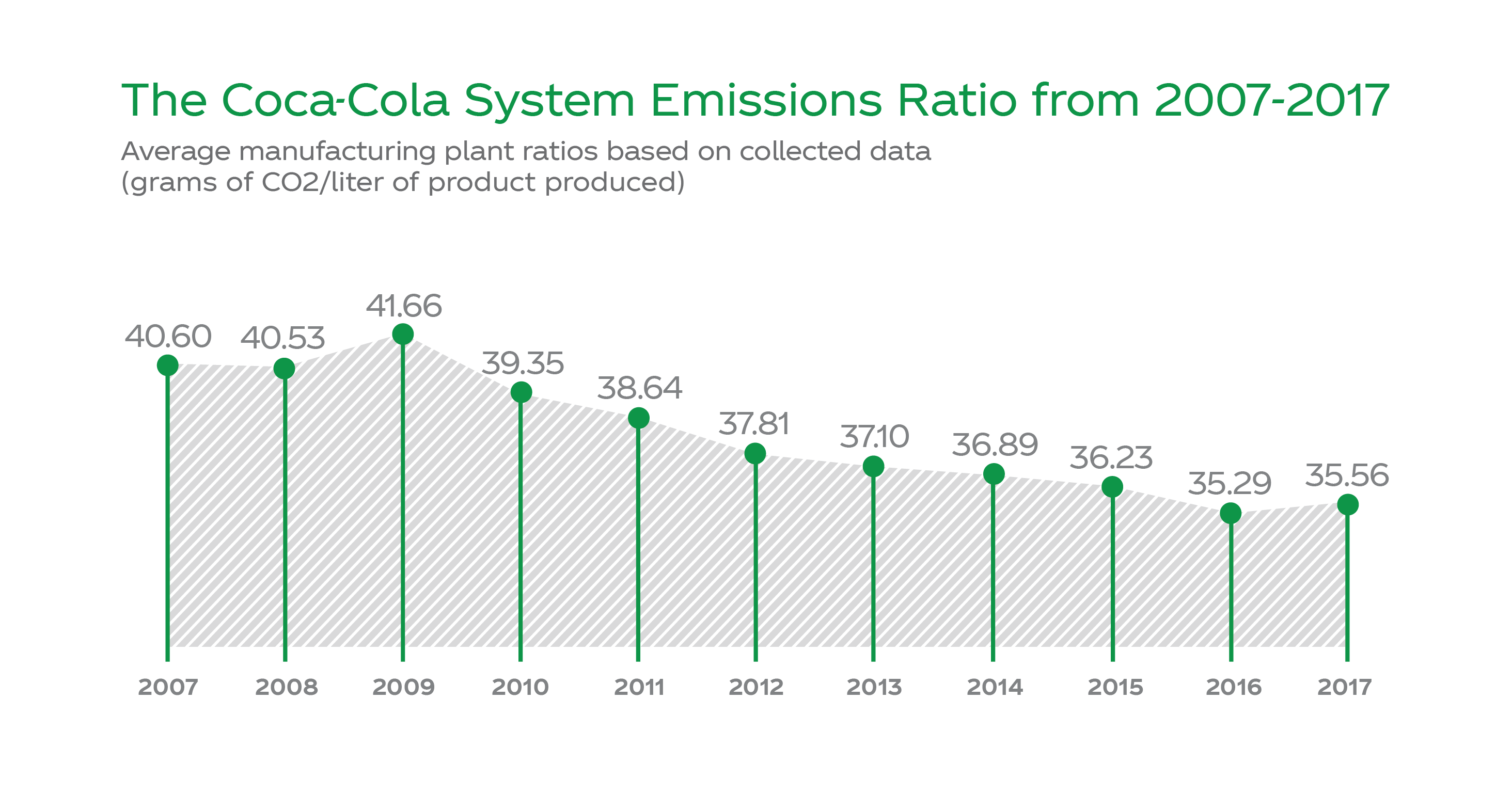 The total amount of energy consumed by manufacturing sites across our system has grown as our business has grown—from 54.4 billion megajoules in 2004 to 62.5 billion megajoules in 2015. We remain focused on reductions and importantly, improving our energy efficiency. In 2015, the Coca-Cola system achieved a 2 percent improvement in energy efficiency compared to 2014, a 23 percent improvement compared to the 2004 baseline.

Our renewable energy program is an area we’re working to advance. We created a Clean Energy Toolkit to help local teams make informed decisions on potential investments, and we have been working locally in several markets to embrace renewable energy initiatives. At end of 2016, we had 81 operational renewable energy projects in 25 countries and are actively pursuing 50 additional projects. Of the projects, quantitatively the majority is solar at 43 percent; however, while representing only 7 percent of projects, wind produces the highest total renewable energy capacity at 37 percent. Here are a few examples:

This work is tracked and reported transparently within our overarching goal of reducing the carbon footprint of the “drink in your hand” by 25 percent by 2020.