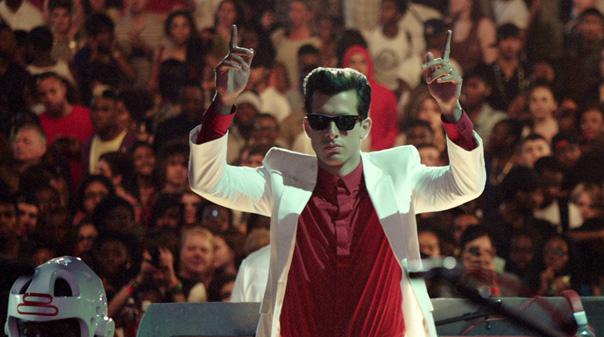 LONDON, Feb. 15, 2012 -- In the summer of 2011, Coca-Cola lifted the lid on the creative process for the first time ever, inviting teens to attend a free festival-style gig featuring GRAMMY award-winning producer Mark Ronson and Mercury Music Prize Nominee Katy B. The gig was filmed and today Coca-Cola is unveiling the first cut of the footage from that event, as the brand launches the global advertising for the Coca-Cola Move to the Beat ™ London 2012 Olympic Games campaign.

Allowing teens present at the gig to capture and share photos and videos broke the tradition of keeping ads closely under wraps. Versions of the teens' experiences from that day are already online, building excitement, and creating conversations around the Move to the Beat program.

"We approached our London 2012 campaign in a bold new way in order to create stories that teens would love and that they would want to share," said Jonathan Mildenhall, Vice President of Global Advertising Strategy and Content Excellence at The Coca-Cola Company. " This wasn't about shooting a television commercial. It was about inspiring teens to move and capturing the story from multiple angles and viewpoints in order to create pieces of film that could be spread across multiple media platforms."

Created by Mother London, the first edits to be released are the Coca-Cola global commercials for the Olympic Games. Four films have been created including 30 and 60 second formats, as well as two long form films running two and four minutes.

At the center of the ads is an awe-inspiring performance of a brand new track -- "Anywhere in the World"-- written by Mark Ronson and Katy B. Created as the anthem for the Coca-Cola Olympic Games campaign the song breaks new ground in music creation, fusing the sounds of music, sport and Coca-Cola to create a unique rhythmic beat. Ronson used innovative recording techniques as he travelled the world to capture the sounds of the Coca-Cola Move to the Beat athletes --five Olympic hopefuls chosen for their sporting prowess and inspirational stories.

Additional footage from the event will be used to create a music video for the anthem, which will also be released as a single. The gig also appears in a series of webisodes and a feature length documentary that follows Ronson on his journey around the world.

Director Kim Gehrig comments, "When we started planning the event, we set upon an extremely ambitious aim to visually represent the fusion between sport and music. We worked to create choreography that the athletes would perform in time with the beat of the track and as we were only shooting five takes, it had to be spot on every time. We had a unique opportunity to bring Move to the Beat to life in an innovative way and I'm delighted with what we achieved."

The Move to the Beat ads will begin to air in multiple countries around the world from early 2012.

Available in global, US and local market formats as 30 and 60 second edits, the ads are one part of fully integrated marketing program for the

The anthem featured in the television commercial will be released in May.

As the longest continuous supporter of the Olympic Games movement, the Move to the Beat campaign is the biggest and most integrated Olympic Games program activated by Coca-Cola in the brand's 84-year partnership with the International Olympic Committee.

About The Coca-Cola Company
The Coca-Cola Company (NYSE: KO) is the world's largest beverage company, refreshing consumers with more than 500 sparkling and still brands. Led by Coca-Cola, the world's most valuable brand, our Company's portfolio features 15 billion dollar brands including Diet Coke, Fanta, Sprite, Coca-Cola Zero, vitaminwater, Powerade, Minute Maid, Simply, Georgia and Del Valle. Globally, we are the No. 1 provider of sparkling beverages, ready-to-drink coffees, and juices and juice drinks. Through the world's largest beverage distribution system, consumers in more than 200 countries enjoy our beverages at a rate of 1.7 billion servings a day. With an enduring commitment to building sustainable communities, our Company is focused on initiatives that reduce our environmental footprint, support active, healthy living, create a safe, inclusive work environment for our associates, and enhance the economic development of the communities where we operate. Together with our bottling partners, we rank among the world's top 10 private employers with more than 700,000 system employees. For more information, visit www.coca-colacompany.com, follow us on Twitter at twitter.com/CocaColaCo, or find us on LinkedIn at www.linkedin.com/company/the-coca-cola-company.

The television commercial, filmed on a purpose-built set in Hackney Wick, took over three months to plan. The ambitious live event filming project: