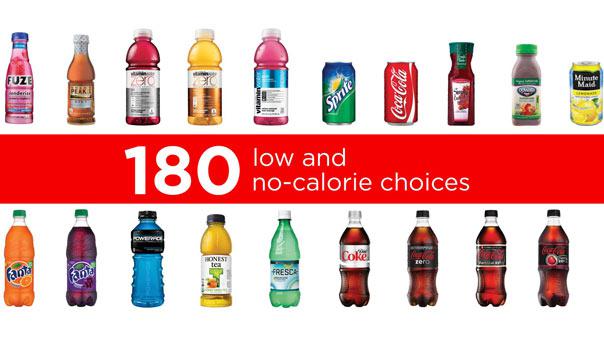 Company Launches Global Advertising Campaign in the U.S. that Showcases Efforts Underway to Help Address the Issue of this Generation

ATLANTA, Jan. 14, 2013– The Coca-Cola Company is reinforcing its efforts to work together with American communities, business and government leaders to find meaningful solutions to the complex challenge of obesity.

A two-minute video, titled “Coming Together,” debuts tonight on national cable news. The video encourages everyone to be mindful that all calories count in managing your weight, including those in Coca-Cola products and in all foods and beverages. Its purpose is to highlight some of the specifics behind the Company’s ongoing commitment to deliver more beverage choices, including low- and no-calorie options, and to clearly communicate the calorie content of all its products.

A second spot, called “Be OK,” will debut on American Idol on Wednesday, Jan. 16. “Be OK” makes it perfectly clear right up front that a can of Coca-Cola has 140 calories. This spot also encourages people to have some fun burning those calories off.

“We are committed to bring people together to help fight obesity,” said Stuart Kronauge, General Manager, Sparkling Beverages, Coca-Cola North America. “This is about the health and happiness of everyone who buys our products and wants great-tasting beverages, choice and information. The Coca-Cola Company has an important role in this fight. Together, with willing partners, we will succeed.”

In addition to the new advertising, Coca-Cola is already helping support and promote physical activity initiatives in local communities.

We are committed to providing fact-based nutrition information to help individuals make informed choices, to suit all occasions and lifestyles. Our commitment also includes adhering to the right policies in schools and the marketplace; encouraging physical activity and promoting nutrition education; and continuously meeting changing consumer needs through innovation.

And we are united with America’s beverage companies and important leaders and organizations in instituting meaningful, significant and measurable initiatives to help address this issue and will continue to build on these efforts.

We are committed to providing a variety of products for every lifestyle and occasion, along with information to help people make informed choices and live active, healthy lives.

“Overcoming obesity will require work from all of us,” said Kronauge. “If we are to reach the goal of Americans achieving a happy, healthy and active future we all will have to dedicate ourselves to move forward together.”

About The Coca-Cola Company
The Coca-Cola Company (NYSE: KO) is the world's largest beverage company, refreshing consumers with more than 500 sparkling and still brands.  Led by Coca-Cola, the world's most valuable brand, our Company's portfolio features 15 billion-dollar brands including Diet Coke, Fanta, Sprite, Coca-Cola Zero, vitaminwater, Powerade, Minute Maid, Simply, Georgia and Del Valle. Globally, we are the No. 1 provider of sparkling beverages, ready-to-drink coffees, and juices and juice drinks.  Through the world's largest beverage distribution system, consumers in more than 200 countries enjoy our beverages at a rate of 1.8 billion servings a day.  With an enduring commitment to building sustainable communities, our Company is focused on initiatives that reduce our environmental footprint, support active, healthy living, create a safe, inclusive work environment for our associates, and enhance the economic development of the communities where we operate.  Together with our bottling partners, we rank among the world's top 10 private employers with more than 700,000 system associates.  For more information, visit www.coca-colacompany.com/, follow us on Twitter at www.twitter.com/CocaColaCo or find us on LinkedIn at www.linkedin.com/company/the-coca-cola-company/.