As the official archivist of The Coca-Cola Company, one aspect of my job I love most is conducting oral histories to capture first-hand accounts of some of the events, milestones and innovations that have shaped the history of our brands and business. I recently got a request for more information on the creation of the Coca-Cola Freestyle fountain dispenser, and we really didn't have much material in our holdings.

Since hitting the market in 2009, Coca-Cola Freestyle has reinvented the fountain beverage experience by offering an unprecedented array of drink choices in a fun, interactive format. Freestyle uses "micro-dosing technology" to deliver more than 150 sparkling and still beverages on demand, including more than 70 low/no-calorie options and 90-plus caffeine-free selections. (My personal favorite: Coke Zero Cherry Vanilla.)

So when it came time to dig into the behind-the-scenes backstory of this groundbreaking innovation, the Freestyle team helped me schedule an interview with David Newman and Gregg Carpenter, two of the original members of the “team of six” engineers who labored for years to develop and perfect the Coca-Cola Freestyle platform.

Here's an edited version of our conversation: 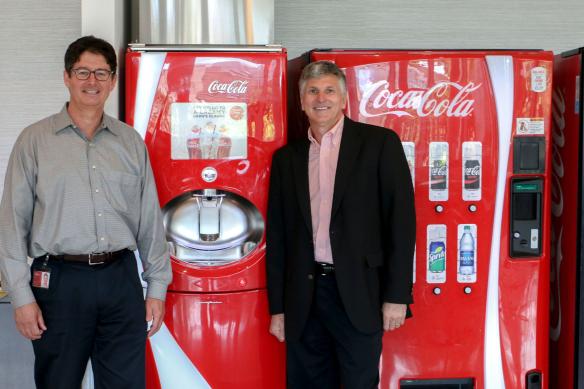 You said there were six people on the original team. You two, plus who else?

Carpenter: I was sort of the system guy. David was electronics. Bob Hughes was pumping and metering. Larry Ziesel was nozzle, which is a really tricky piece. Art Rudick sort of handled a sister project, which looked at juice as a platform using similar technology. And Dave Harvey was a computer automated design (CAD) guy that would help us sort of put it all into practice. He would help consolidate the ideas and create the prototypes or concepts we would use to build these units. So, each person sort of brought a unique skill to the table.

Who at Coke said, 'We need a new piece of fountain equipment?' Where did it come from?

Carpenter: One afternoon, the conversation went like this, "You know, syrup is five-to-one, well, why? Is that the magic ratio? And what if we did it differently? And what might we be able to do if we break it up into more basic components and then reassemble them? Could we do some interesting things? If we break this up and concentrate it, take out the water, take out the sweetener, concentrate what's left, we could have a very small package… we could put them back together in novel ways. Maybe it's customization, maybe it's variety. Is this technically feasible?"

We were a long ways from there to Freestyle, but that was the start. 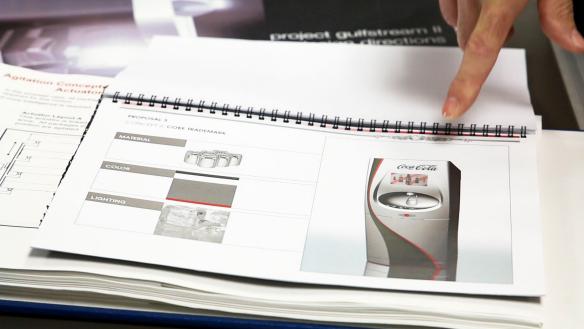 Carpenter: We looked at some novel technology, because handling small volumes is a little bit tricky. What we found in the early days is there is technology for really high-flow stuff... microfluidics were starting to become a thing. But in the fluidic range we were interested in, there wasn’t a lot of technology. It's a weird sort of in-between... where medical operated. When you think about, IVs or all these different flow rates of fluids of different viscosities, we had a share commonality with some work that was happening in the medical space.

Carpenter: And at the time, we brought in Dean Kamen, who came to the table with a whole bunch of ideas. We went through a systematic assessment of the pumping technology. And, ironically, where we landed was on a pump from a Coca-Cola coffee project we did.

Newman: Far Coast, yeah. We redesigned it. Bob Hughes designed it. It's the heart of the system, that little pump.

Carpenter: And the idea was not just to match our current quality, but to deliver the best-quality fountain beverage achievable, so we were really pushing the envelope on the precision piece.

Newman: These are high concentrate ingredients. So think about the error on a drop of lime or a drop of vanilla. That's really the challenge. 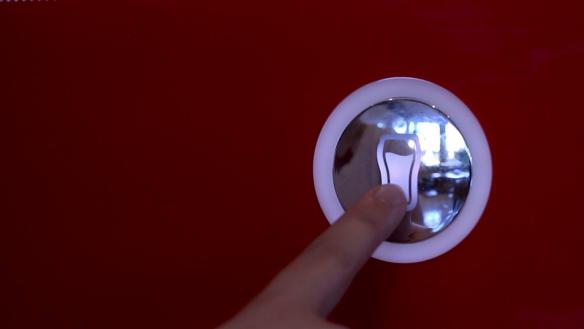 Newman: How do you get that accurate, whether it's a drink this big or that big, to get it at the exact (ratio) so it tastes like a lime Diet Coke or whatever.

So, it sounds like all the elements were coming together and they meet in a prototype?

Carpenter: And it was not just the pump. So, now you’ve got to figure out the nozzle, right, because the nozzle actually turns out to be incredibly important because you've got all these ingredients and they can't touch each other. Larry Ziesel had an interesting nozzle. It was Larry's job to figure out how do we let all these ingredients mix but not contaminate each other. Probably one of the strongest patents we have is his solution to that problem.

Now that you had a rough working prototype, what was next?

Carpenter: At that point, it became not so much an interesting engineering exercise... it turned the corner to be a full-fledged project. Chris Lowe (then head of Coca-Cola Fountain) brought in Gene Farrell, and he gave tremendous flexibility to create an all-star team. Gene made it highly restricted and top-secret. He us behind closed doors where we couldn’t talk to anybody.

That was the key point. And some of those things were so amazing that I think it would've been impossible for us to achieve what we did without the talent we were able to tap into and the isolation where we were given a chance to just "go figure it out."

Newman: We all were relocated from all over the complex. We had our own printers. It was all highly restricted. We went two or three years without telling our spouses and significant others what we were working on. Then there was the big reveal and then we could bring them in, and it was like a big party.

Carpenter: Oh, that's right! And then they had to sign nondisclosures. They couldn't tell anybody!

Talk about Pininfarina and the role of design and what it looked like before and after they had a role.

Carpenter: So, you go through like a traditional design process where we did the original work we talked about. And it took us about two years to kind of figure out the technology piece before we really started... 2006 is when we started, in earnest. We had this concept of this machine. We're at the alpha stage now, and it looks like a real machine and it was well laid out, had all the equipment, and it poured drinks. It was based on a very nice, sort of modern-looking design.

Muhtar (Kent, former CEO) saw the prototype and said, "The design is nice but it's not as big as the idea. You need a design that looks as big as the idea. You need to go talk to these guys." Pininfarina ultimately did the design. And you know, they picked the absolutely most difficult design to execute. Because, you know, Pablo Pininfarina presented two and said, "This is the one that will last 10 years. This is one that will be iconic." And that's the one we ended up with it.

Were you worried how consumers would interact with the machine when you did you first field trial at Willy's (quick-serve Mexican restaurant in Atlanta)? 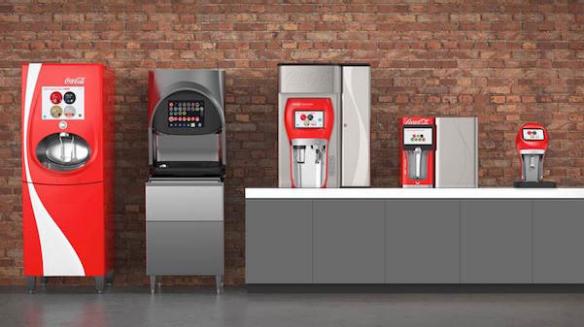 Newman: So at Willy's, we still weren't certain that consumers would get it. So, we lined up people as support staff so that when it rolled out at Willy's in the beta test, to have people there in case consumers didn't understand or had questions. But, lo and behold, they did get it. They understood the user interface, and how to pick the beverages.

How did it feel to see your creation working?

Newman: It felt really good because for the longest time, we didn’t really know if we had a winner or not. We knew it was novel and unique, but you never really know if the consumer is going to like it or not.

What do you take out of this project that can be re-applied?

Carpenter: This technology is very disruptive. It's like nothing that came before it. So, when you're doing sort of incremental work or you're doing sort of work "in between", history can be your guide. This is how it's always been done. But the reality is it's much more than a piece of equipment. The product development, you had to do the manufacturing for the supply chain. You had to do sales and marketing. You to create an entire new business. You know, Gene Farrell would always say, "In a 100-year-old company, we are reinventing a business." And it is very, very unique that you recreate a major part of your business all at once, right. And that's what we were set out to do.