Coca-Cola Plus is the latest brand to join Coca-Cola Japan’s portfolio of Food of Specified Health Use (FOSHU) drinks – a large and growing segment of the country’s competitive beverage market. The first-ever Coca-Cola approved as FOSHU by the Japanese government will roll out nationwide next month in eye-catching white packaging after more than a decade of research and development.

The no-calorie beverage contains five grams of indigestible dextrin – a source of dietary fiber – per 470-ml bottle. Coca-Cola Japan is marketing Coca-Cola Plus, which features great Coca-Cola taste plus functional benefits, to health- and taste-conscious consumers 40 and older as a beverage to enjoy with food.

Drinking one Coca-Cola Plus per day with food will help suppress fat absorption and help moderate the levels of triglycerides in the blood after eating. “Coca-Cola Plus is a sugar-free and calorie-free beverage with FOSHU functions and great Coca-Cola taste, so we hope people will drink it with meals,” said Dr. David Machiels, product development director, R&D, Coca-Cola Asia Pacific.

"Japanese consumers have high quality standards and are especially uncompromising when it comes to taste,” Dr. Machiels said. “And being an aging society has made it a unique market where consumers are extremely health-conscious and seek functionality.” 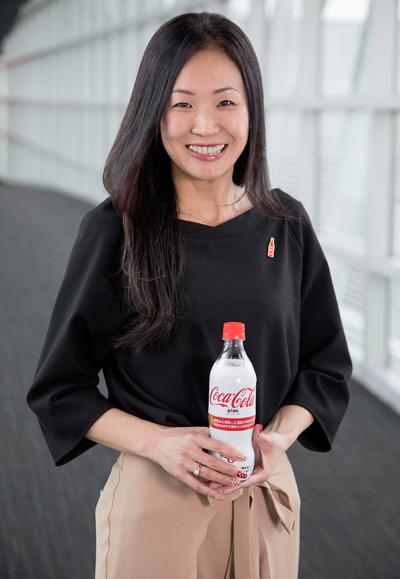 To help stand out in the highly competitive and crowded Japanese beverage market, where thousands of new drinks hit stores each year, Coca-Cola Plus will be sold in a white bottle with a Coca-Cola red cap, logo and description of its FOSHU benefits and other unique features.

“We chose white as the base color of the packaging so consumers will instantly recognize that it has new features never before seen in a Coca-Cola product,” Dr. Machiels added.